‘Was it a conspiracy or interference?’ Imran Khan asks supporters at PTI power show in Karachi 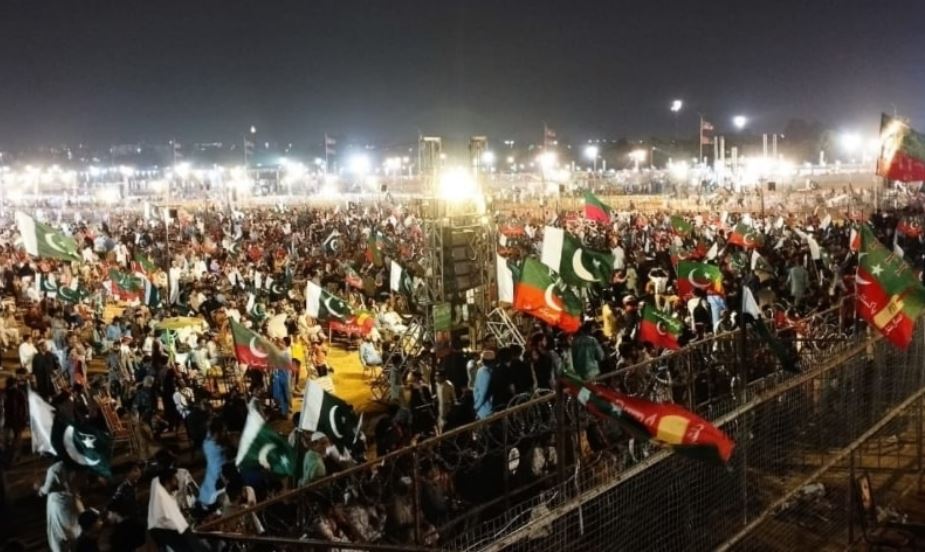 After the former prime minister arrived at the site of the gathering, the PTI’s national-level leadership took turns delivering their speeches before Khan took the stage.

“Karachi, I thank you from my heart,” Khan said in his opening remarks in the port city. I’ve come to talk some very special things because the problem is that of your future and your kids’ future.”

PTI Chairman Imran Khan will address a much-anticipated rally of his party workers and supporters at Karachi’s Bagh-i-Jinnah shortly.

The former prime minister has arrived at the site of the gathering. Prior to his arrival, various PTI leaders from Sindh, including Faisal Vawda, Aslam khan, Khurram Sher Zaman, Haleem Adil Sheikh and Firdous Shamim Naqvi addressed the crowd.

The party’s local leadership, during their speeches, criticised in particular their former regional ally Muttahidda Qaumi Movement-Pakistan. Sindh MPA Khurram Sher Zaman branded the MQM-P “traitors”, possibly referring to their severing of ties with the PTI at a crucial time that cost them their government.

PTI leader Firdous Shamim Naqvi termed the MQM-P a party that “destroyed the city” and predicted that its seats would be reduced to “zero” in the next elections.