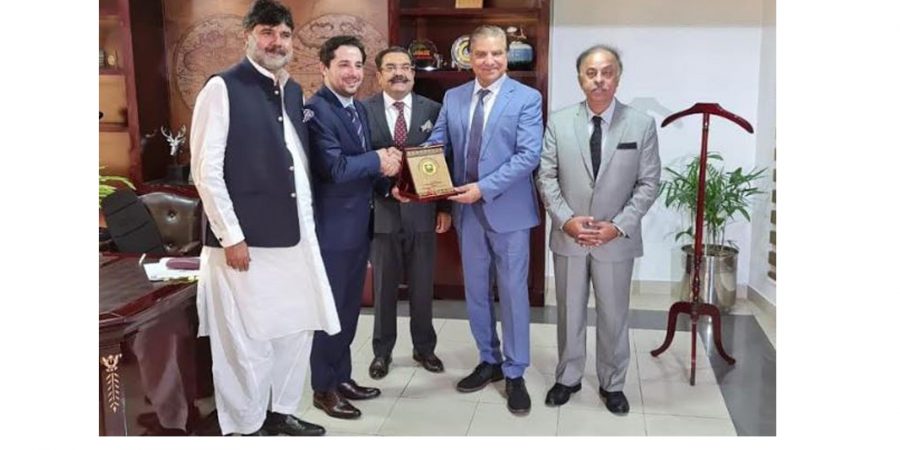 ISLAMABAD, SEPT 21 – Lt. Gen. Muzammil Hussain (Retd), Chairman WAPDA said that the share of hydropower would gradually be increased in the total energy mix that would reduce the cost of doing business and facilitate the growth of business activities. He said this while exchanging views with a delegation of Islamabad Chamber of Commerce and Industry that called on him led by Muhammad Ahmed Waheed President ICCI. Saif ur Rehman Khan Vice President ICCI, Malik Sohail former Senior Vice President ICCI and Chief Coordinator FPCCI UBG and Muhammad Aslam Khokhar were in the delegation.

Lt. Gen. Muzammil Hussain (Retd) gave a detailed briefing to the ICCI delegation about the dams and water reservoir projects being constructed by the WAPDA in the country.  He said that the construction activities on the strategically important Diamer Basha Dam Project were picking up pace and this project would provide over 16000 jobs to the engineers and local people leading to poverty alleviation and socio-economic uplift of the local area. He said that Diamer Basha Dam was at the highest point of the world with a huge water storage capacity of 8.1 million acre feet (MAF) and huge power generation capacity of 4500 MW. He said this dam was a vital project for water, food and energy security of Pakistan and will go a long way in stabilizing the economy. He said this dam would produce low cost energy that would boost industrial and agricultural productivity of the country. He also briefed the ICCI delegation about the under construction hydropower projects including Keyal Khawar, Dasu, Khurram Tangi Dams. He said that Mohmad Dam, Bunji Dam and Tarbela 5th Extension were also ready for construction and all these dams would be instrumental in generating cheap hydropower in the country.

Speaking at the occasion, Muhammad Ahmed Waheed, President, Islamabad Chamber of Commerce & Industry appreciated WAPDA for gaining stable rating, which was a great achievement for it.  He also lauded the efforts of WAPDA for initiating vital projects for water storage and hydropower generation in various parts of the country. He said that Pakistan was mostly relying on thermal power due to which energy cost was quite high in the country. He said that Pakistan should focus on hydropower and renewable energy sources to produce cheap energy that would reduce production cost and boost business activities.

Saif ur Rehman Khan Vice President ICCI, Malik Sohail Hussain former Senior Vice President ICCI and Chief Coordinator FPCCI UBG and Muhammad Aslam Khokhar said that Pakistan was facing the water scarcity challenges. However, it was encouraging that WAPDA was trying its best to build more dams in the country that would reduce water shortage and help in generating cheap hydropower that was important to reduce the cost of doing business in the country.