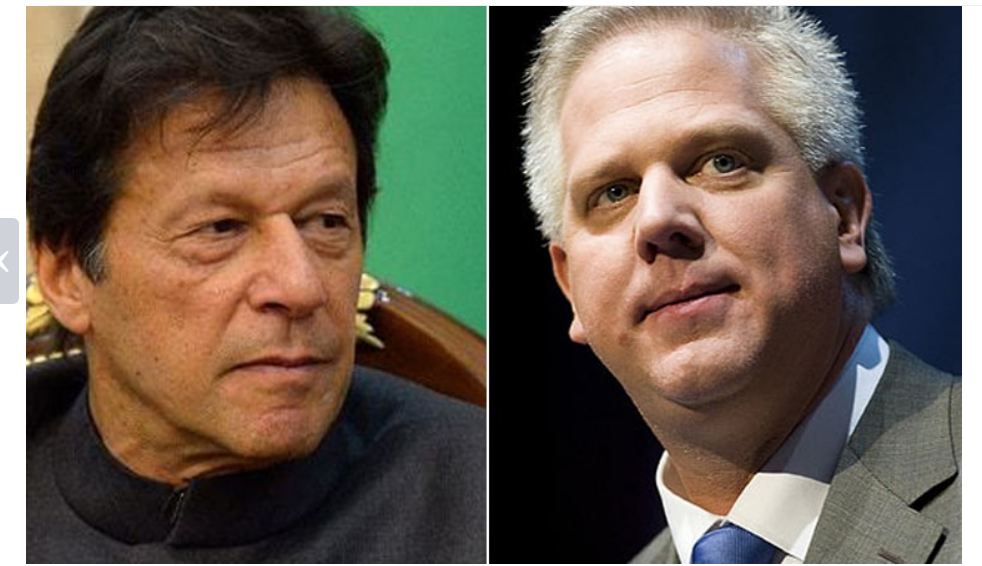 WASHINGTON, SEPT 20: Right-wing radio host and television presenter Glenn Beck, whose charity organisation has been assisting with evacuations from Afghanistan after the Taliban takeover, lauded Prime Minister Imran Khan on Monday for his support to the cause and help in getting people — including Afghan female footballers — out of the war-torn country.

In a statement on Twitter, Beck said that he would share the details of the correspondence between him and PM Imran on the radio the next day, and thanked the premier as well as the people of Pakistan. “We reached out and asked numerous leaders and civil societies around the world for help and Prime Minister Imran Khan of Pakistan responded with determination and without hesitation,” Beck said.

“We reached out and asked numerous leaders and civil societies around the world for help and Prime Minister Imran Khan of Pakistan responded with determination and without hesitation,” Beck said. Earlier this month, Newsweek, an American weekly magazine, had reported that six planes chartered by Beck’s charity, Mercury One, “seeking to evacuate at least 1,000 people—including more than 100 Americans … have been grounded by the Taliban” in the Mazar-i-Sharif city.

Beck’s statement today said that the support from PM Imran and Pakistan’s military and civilian resources under his leadership and “their ability to cooperate with the Taliban, has enabled the first two flights to depart Mazar-i-Sharif with FIFA (International Federation of Association Football) female athletes and their families on board.”

In a separate tweet, he said that Pakistan’s leadership helped with the release and departure of three flights overall.

Appreciating the prime minister, Beck said that Prime Minister Imran’s “leadership of placing humanity before politics is a great example of inter-faith cooperation between the faiths, bridged by the shared value of human compassion”.

“Pakistan has once again proven to be a valued partner in all seasons for the United States, despite recent criticisms from some sections of US media,” he said. “We look forward to the ongoing continued cooperation in the coming weeks as we continue our common goal of protecting the innocent during this humanitarian effort.”

He added that the US should recognise Pakistan’s assistance at this juncture: “We will not forget this support that has enabled America and its allies to make good on their promises to those who helped them without pause or reflection.”

Beck said “no other global leader that we have seen, took such an initiative to leverage his/her position to save the innocent putting humanity before politics.”

“He (PM Imran) has been gracious with his time and never once questioned our motives,” he added. Beck said that “media outlets may have their own agenda for criticising him (PM Imran) over the last few days, but he should be recognised for the lives he helped save this weekend.”

Since the US withdrawal of Afghanistan, Pakistan has been playing an active role in facilitating evacuation efforts.

In a recent development in this connection, Afghan footballers belonging to the national junior girls’ team and their families were allowed to cross the Torkham border to reach Pakistan after the government issued emergency humanitarian visas to evacuate them from their country.

Prior to this, the Foreign Office (FO) had said in a statement that Pakistan remained deeply engaged with the international community since the Taliban took over of Afghanistan, with much of this engagement focused on the evacuation of foreigners and vulnerable Afghans.

The statement, issued on Sept 2, said some 12,000 people had been evacuated from Afghanistan with Pakistan’s assistance until then.

Beck, one of the most controversial media figures in the US, has a very loyal following, especially among conservative circles. During Barack Obama’s presidency, he had stirred controversy among Democratic and liberal circles with his opposition to Obama and his administration.