US putting itself against China, world with Xinjiang bill, regional official says 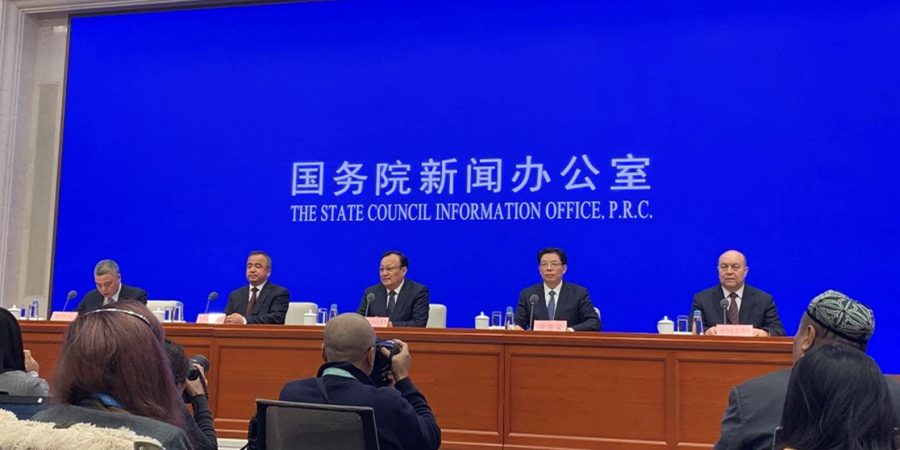 The United States’ double standards on terrorist attacks and religious extremists will place it on the opposite side of the Chinese people as well as the world, chairman of Xinjiang Uygur autonomous regional government said on Monday.

The so-called Uyghur Human Rights Policy Act of 2019 passed by the US House of Representative seriously breaks the international law and basic norms of international relations, “which wantonly interfere in China’s internal affairs,” Shohrat Zakir said.

He made the remarks at a news conference on the current social situation of Xinjiang, organized by the State Council Information Office in Beijing.

“Measures against terrorist attacks and extremists taken in Xinjiang are no different from those in many other countries, including the US,” he said.

The chairman reiterated that no force can stop Xinjiang’s stability, development and prosperity.

He said the US’ so-called act ignores the facts and confuses black with white. It has maliciously distorted the human right situation in Xinjiang and groundlessly accused the Chinese government’s policies on governing the region.

“The region and local people strongly condemn and firmly oppose this superpower hegemony,” he added.

Members of a delegation of UN envoys get manicures at a vocational school in Hotan, Xinjiang Uygur autonomous region, on Aug 30, 2019. [Photo/Xinhua]

Trainees taking part in the courses on the standard Chinese language, laws and vocational skills, as well as the de-radicalization programs at the lawfully-established vocational education and training centers in Xinjiang have all graduated, Shorat Zakir said. The centers offer courses to help those who committed petty crimes or minor offences while involved in terrorist and extremist activities stay away from religious extremism and terrorism.

The Xinjiang Uygur autonomous region has taken utmost efforts to eradicate the conditions that breed terrorism and religious extremism while protecting the citizens’ basic rights from the harm of terrorism and extremism, the chairman of the regional government said on Monday.

Through publicity and education, and lawfully establishing vocational education and training centers, Xinjiang has spared no efforts in saving those who committed petty crimes or minor offences while involved in terrorism and extremist activities, Shohrat Zakir said.

Xinjiang has not seen any terror-related attack in the past three years, with infiltration of extremism being effectively contained, social public security notably improved, and people of all ethnic groups living and working in peace with a must stronger sense of gain, happiness and security, he added.

After China Global Television Network, the national broadcaster, aired multiple documentaries providing graphic accounts of terrorist attacks in and related to the Xinjiang Uygur autonomous region, including never-before-available details, it is disheartening that the Western media should greet them by uncharacteristically falling into collective silence.

There had been the general feeling that no critic of the Chinese government’s Xinjiang policies could continue to malign them in the face of the bloody truth.

But it seems that underestimates the willingness of the Western media to weave a false narrative around Xinjiang.

Nonetheless, the State Council Information Office remains undaunted in its efforts to show the true picture of the harm terrorism and extremism were doing in the region prior to the implementation of the government’s de-extremism measures.

It convened a news conference on Monday, in which three local officials defended the de-extremist education program by detailing the impressive local development achievements that have been made over the past three years since the policy was introduced.

As the officials, two of them Uygurs, confirmed, from 1990 to the end of 2016, thousands of terrorist attacks occurred in Xinjiang, resulting in the deaths of many innocent civilians as well as hundreds of police officers.

The acts of terror in Xinjiang culminated in the massacre in Urumqi on July 5, 2009, while an October 2013 attack in Beijing and another in March 2014 in Kunming, Yunnan province, spread fear outside the autonomous region. People across China wondered what had gone wrong, and what could be done.

The Chinese government’s answer was decisive. Alongside resolute anti-terror responses, a large-scale de-extremism campaign was launched.

As the officials highlighted, such endeavors have paid off. There has been no report of a terrorist incident over the past three years; extremist infiltration has been effectively curtailed and security conditions in the region have improved conspicuously.

Extremist thinking is widely identified as a close relative of terrorism, being the trigger for terrorist attacks. Yet the changes the Chinese government has brought about in Xinjiang in a bid to eliminate extremism are lambasted in the West as human rights violations.

Such allegations, once again highlight the double standard of the West.

As the officials said, practice has proven that the establishment of vocational education and training centers is a useful move to explore measures for counter-terrorism and deradicalization, there is no reason for the Western media to blur the lines of what is right and wrong because of their ideological biases. 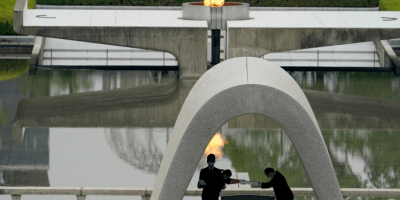 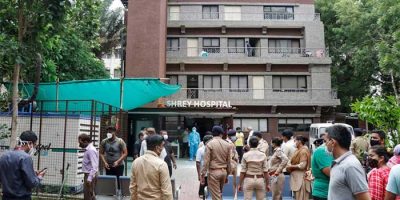 AHMEDABAD : Eight coronavirus patients were killed after a fire broke out in the IndianRead More