US calls on Somali president and PM to resolve row 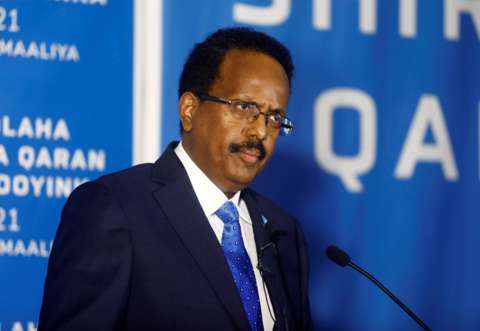 The United States has urged Somalia’s president and prime minister to resolve their differences for the sake of the stability of the country.

It said the co-operation of Somalia’s leaders, especially President Mohamed Abdullahi Farmajo and PM Hussein Roble, were essential for the country to “quickly complete its ongoing electoral process”.

The dispute between the two leaders, sparked by the government’s handling of a missing spy’s case, has raised fears that Somalia’s electoral process could suffer further setbacks.

The row escalated last week after the president suspended the executive powers of Mr Roble, a move swiftly rejected by the premier as “unlawful”.

“We call on the President and the Prime Minister to avoid further provocative statements or actions and to resolve their disagreement over personnel appointments and their respective authorities peacefully,” a statement by State Department’s spokesperson Ned Price said.

The Horn of Africa nation is scheduled to hold indirect parliamentary elections between 1 October and 25 November.

The US says that any further delay may increase the “potential for violence and plays into the hands of al-Shabab and other extremist groups seeking to destabilise the country”.