Unchaining Iran from the Economic Sanctions 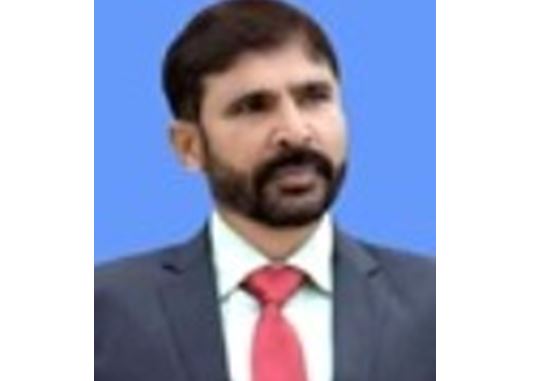 In 2015, Iran made a long term deal (Joint Comprehensive Plan of Action) on its nuclear program with world’s major powers known as P5+1. Under the accord Tehran was agreed to limitits nuclear program and allowed international community to visit and observe the activities of the nuclear program in return for lifting economic sanctions. President Obama said on that occasion that the deal will prevent Iran to build nuclear program in secret. Under this deal, Iran was able to get more than $100 billion from foreign investment and from the sale of petroleum products in the international market using the global financing system for trade.The Iranian economy had bounced with the GDP growth of12.3% post JCPOA agreement. International companies flocked into Iran.

In May 2018, President Trump abandoned the landmark deal announcing that “It didn’t bring calm, it didn’t bring peace, and it never will”. Trump’s supporter argued that “Tehran had deceived international community and that it continued to destabilize Middle East undeterred, via proxy in Lebanon, Syria, Yemen and other parts of the region”.Then in November 2018, it reinstated economic sanctions targeting both Iran and the countries that were trading with Iran. Washington wanted to apply maximum pressure on Iran to compel it to negotiate the deal but Tehran remained defiant. Other European parties of the deal like British, France and Germany opposed because they argued that Iran is compliancing with the agreement. European countries also announced that they will establish mechanism to protect their trading companies and trade with Iran. Despite of opposing by other parties of JCPOA agreement, the substantial impact of the United States economic sanctions has had on Iran.  The sanctions made Tehran more isolated and its economy was also badly affected. The real GDP growth rate of Iran started dropping.

Even before the sanction imposition, the Iranian economy started decline particularly Iranian currency. Western firms and businessmen started flee away from Iran to avoid jeopardizing their connections with United States financial system and market. On the other side, some European and Asian countries continued their support to Tehran and refused to cooperate with United States in this regard. Iran apparently intended to get rid from this sanction wave with the hope that after the Trump regime the new government will return to the nuclear deal. But it is much significant to evaluate Iranian strategy to escape from the geopolitical isolation.

The isolation reduced Iranian economic activities in the country as well as beyond the country. Currency was a major barrier for the Iranian economic activities in and beyond the country.Mostly people were avoiding trading, business and transection in dollar.To get rid of this jeopardizing economic situation Iran decided to allow to the trading partners to use their own currencies in bilateral trade and settle any imbalance at the end of specific period. Iranian Foreign Minister Mr. Zarif stated in New York on September 29, 2018, “Sell stuff in your own currency buy stuffin other country’s currencyand at the end of specific period, balance it out in non-dollar currency. It may be possible and even profitable for all its tradepartners. Therefore, Tehran has formatted the policy of offering incentives to its trade partners and those countries who are opponents of Washington’s policies like Beijing and Moscow.China-Iran both are the largest trade partners as Iran fulfills Chinese oil needs and China helps Iran with diplomatic, political, defense andeconomic benefits. Trading in Yuan is an attractive opportunity for China to enhance bilateral trade and to promote Yuan.Likewise, Russia also faces US sanctions because of Ukraine issue and the use of chemical agents. Similarly, it is moving away from the payments in US dollars. In the same way, the president of European Commission Jean Claude Juncker also said that UE may planes to increase the use of Euro to trade particularly to buy oil and gas.For many months, European countries have beenlooking for alternative money transfer electronic system which could not be blocked by the treasury department of United States.Moreover, European Union has been discussing for a Special Purpose Vehicle (SPV) to protect their economic freedom and to pursue legitimate business with Iran. Such system could possibly facilitate Iran for the payment of export and import.In the past, during the multilateral sanctions, Iran had been managing oil export more than one million barrels a day.Post reinstateeconomic sanction on Iran in 2018, Trump administration wanted to reduce Iranian oil export to zero butIran managed its oil export one million bpd. Due to Iranian incentive scheme, China, India, S. Korea and European Union disliked United Stated intention against Iran.

At that time, Iran followed the strategy torely on front companies to do business in China, Iraq and UAE to lessen the effect of sanctions. The front companies are registered under the obscure names. These companies bought goods and legally shipped to Afghanistan, Iraq and UAE and finally smuggled the goods to Iran through the water and land routes. Iran has been hiring such individuals and private companies owned by Arabs people of Iraq, Syria and UAE. As well as Iranian businessmen opened new companies with Chinese, Russian, Arabs and other partners in the world. According to Wall Street Journal IRGC has opened 150 front companies with the partnership of Georgian businessmen. For the medicines, Foreign Investment Company of Iran which also has made investment in Afghanistan, Oman, Brazil, and Germany facilitated Iran to import medicines. On the other hand, Iranian parliament considered legislation to increase imports of essential goods and to subsidize exportsto mitigate the impact of sanctions.Although French and Indian companies are pulling out from the huge pledged investment projects but China is ready to replace them and to earn benefits. Meanwhile, fishermen in the Gulf have also been complaining that Chinese boasts and fishermen are stepping intheir areas.

Another strategy of Iran has been relying upon neighboring countriesto circumventsanctions and has been purchasing dollars from Afghanistan, Iraq and Pakistan. Almost three million Iranian enter Iraq as religious pilgrims and visit Karbala and Najaf. A large number of essential goods have been smuggled to Iran via UAE and Oman. But due to the pressure of United States, UAE and Oman cracked down and Iran turned towards Iraq.Due to incompetency of Iraqi authority, Iranians are allowed to bypass many rules and regulation becausethey have leverage in Shia groups and militia. Similarly, Iraniansuse another tactic of couriers and porters. Iraqi Kurds bring money and food for their relatives in Iranian Kurdistan. It has become a profitable business for the Kurds of both sides.In past, Afghan banks have been used to pay for the imports of Iran. Once the president of money exchangers union in Afghanistan has said that Iranian Rials “come across in trucks”then they are converted in to US dollars. From this practice, Afghan middle men earned five to seven percent commission. A money exchanger in Kabul has told Bloomberg TV in September 2018 that dollars are transferred to Iran via remote area of Afghan-Iran border. The traders of both sides have multiple entry visas so that border police does not ask more questions to them. Moreover, Eastern European countries like Belarus Hungary and Romania had been getting benefits during the previous sanctions periods but now they are unclear during the present sanction period.

The history of sanction on Iran demonstrates that Iran has the ability to survive in difficult times like economic asphyxiations. They have a record to find a way to sell oil and also rely on their previous experience of sanctions. AlthoughIranian people are forced to bear the bitter taste of economic sanctions but it may compound grievance of economic,political and social illness.No doubt sanctions have great effect on the social life and economic activities of Iran but it is working hard to maintain trading links with its trading partners. It is looking towards China, Russia and other eastern countries to forge new links to fill the gap left by lostWestern Investment. China’s role may prove very critical who the largest Iranian oil importer is. President Hassan Rouhani has encouraged his people by stating “There is no doubt that United States will not achieve success with this new plot of economic sanctions against Iran as they are retreating step by step”. He further said that Iranian nationwill rid out from the storm of sanctions.