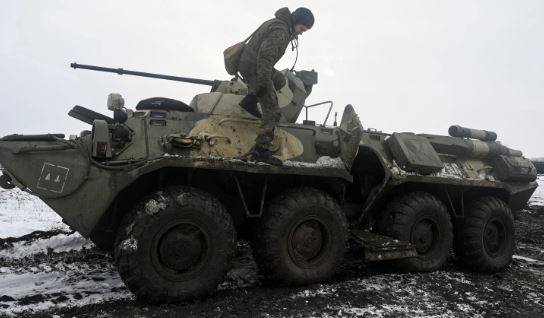 Kyiv, Feb 14: Ukraine has requested an urgent meeting with Russia and dozens of other European states to explain Moscow’s buildup of troops along the ex-Soviet state’s frontier.

The 1990 Vienna Document requires the 57 members of the Organization for Security and Co-operation in Europe (OSCE) to share information about their military forces and notify each other about major activities.

“Ukraine is convening a meeting with Russia and all member states in the next 48 hours to discuss the reinforcement and movement of Russian forces along our border,” he wrote on Facebook.

The United States fears that Russia’s buildup of forces could lead to an invasion of Ukraine “any day”.

On Monday, Russian President Vladimir Putin’s spokesman did not comment on Kyiv’s request but reiterated Russia’s stance that Moscow was free to move troops across the country’s territory.

“I would like to emphasize once again that we are talking about the movement of Russian troops on Russian territory,” spokesman Dmitry Peskov told reporters, once again accusing Ukraine of ramping up tensions.

“Large-scale movements of Ukraine’s armed forces are also carried out in the border zone on Ukrainian territory, moreover, in the area that borders on the territory of the self-proclaimed republics, which leads to escalation of the situation”