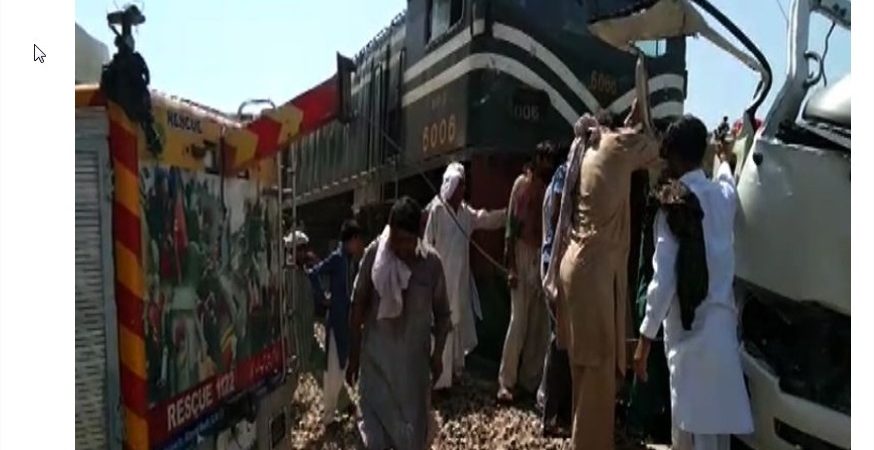 Fifteen people were killed and 10 injured after a train crashed into a passenger bus at the railway crossing near Farooqabad’s Jatri Road Friday afternoon.

According to the Pakistan Railways spokesperson, the divisional engineer has been suspended and Minister Sheikh Rasheed has taken notice of the accident promising action against those at fault.

The van collided with Shah Hussain Express traveling from Karachi to Lahore. The bus was travelling to Nankana Sahib and had 30 Sikh pilgrims aboard.

Sheikhupura’s Rescue 1122 teams have reached the accident site and an operation is underway to provide medical aid to the injured people and shift them to the hospital.

Prime Minister Imran Khan has taken notice of the accident and has instructed that the injured people should be provided with the best medical facilities. He offered his condolences for those killed.