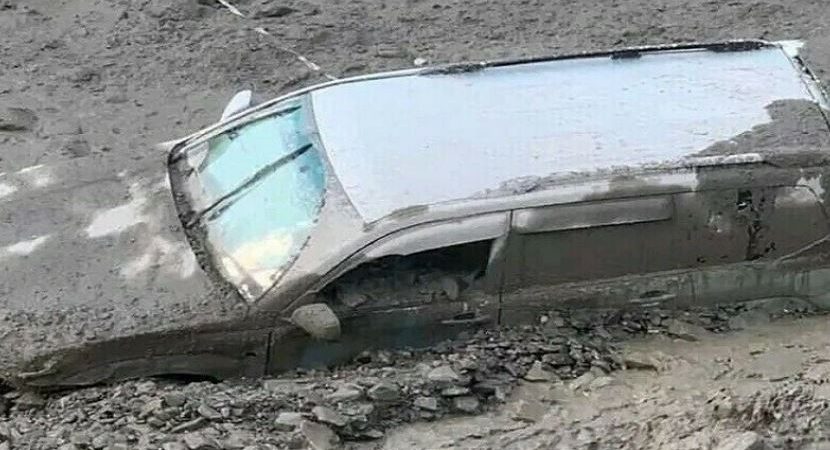 A bridge collapsed in Upper Chitral on Sunday evening due to heavy flooding. Tourists returning from the Shandur Polo Festival along with locals were stranded because of the unfortunate collapse of the bridge. Vehicles were stuck on both sides of the road.

According to rescue services personnel, the stranded people included women and children.

At least two vehicles had been destroyed under the debris of the collapsed bridge, but there were no reports of any casualties so far.

People returning from Shandur were of the view that heavy machinery should have been used to clear the route earlier because the flow of water has increased now.

Sources familiar with the matter said stranded people will have to probably spend the night under the sky due to no other arrangements.

The district administration said they were working to open the route for the stranded people.