Those responsible for Sialkot incident will be brought to justice: Sh Rashid 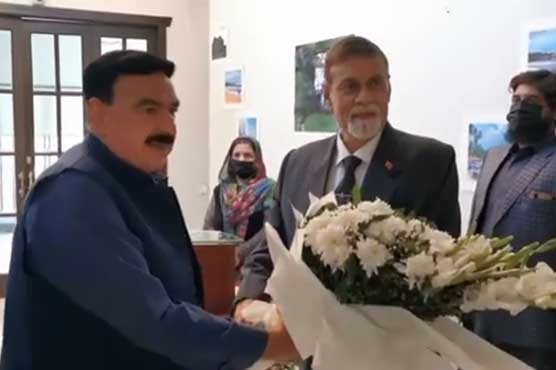 The interior minister expressed his condolences on the death of Sri Lankan citizen Priyantha Kumara in the Sialkot factory accident and expressed his sorrow and grief on behalf of the government and the people of Pakistan over the tragic incident.

He said that those responsible for Sialkot incident will be brought to justice.

The minister said the entire Pakistani nation is aggrieved over the horrific killing of the Sri Lankan national in Sialkot.

The Sri Lankan envoy expressed satisfaction over Pakistan s response to the incident and said this will not affect the bilateral relations between the two countries.