The Violation of Human Rights in Occupied Kashmir 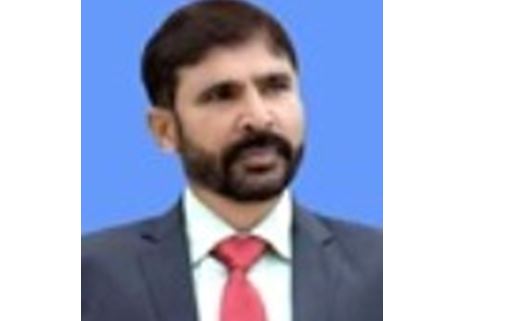 Since 1947, Article 370 had given Jammu and Kashmir a semi-autonomous constitutional status. Under its provisions, the region had freedom in all matters except its legislature, constitution, flag and communications, foreign affairs and defense. Ending this status is a fresh attempt to eradicate the Kashmiri people, their rights and the linguistic, social, cultural, economic and political existence of the local people. The legality of the special status solution is being challenged by legal and constitutional experts in India, who have opposed the country’s Supreme Court decisions in recent years. With the recent abrogation of Article 370 and Article 35A, India has allowed permanent resettlement of non-Kashmiris in Kashmir. The Constitution of Kashmir first defines membership and settlement. Non-Kashmiris are now allowed to buy property, keep it and settle in Kashmir permanently.

Under these changes, for example, Gujars (Bakarwal) in Kashmir are immediately at greater risk. They migrate seasonally with the animals to look after the animals and the land. Indian laws regarding land as a sole property will not allow them to live on land as they have historically done. These changes will also lead to population rearrangement in Kashmir.

Since 5 August 2019, India cancelled all access and communication with Kashmir. The Internet, cell phones and landlines have been cut off, and 14.7 million people cannot access essentials such as food and medical aid as India moves to gain full control of its territory using military force. Apart from the extremely rare media, Kashmiris have not been able to communicate with each other or with the outside world. The entire area of Jammu and Kashmir is basically under siege.

Kashmiris are additionally targeted because they are primarily Muslim and culturally and linguistically distinct. The Indian Government has gained so much control over the social media that their accounts are suspended on the pretext that they have written anything against Hindutva ideology or Hindu fascism. They cannot write freely about how the Indian regime uses its power to oppress and suppress Kashmiris, and cannot upload the photos of the Kashmiri freedom fighters, particularly BurhanWani. This is how their voices stand suppressed and they are unable to demonstrate their inhuman situation on a wider spectrum across the globe.

Now the families of those who joined the freedom struggle at their own will are being harassed and intimidated even during nights. The Armed Force Special Power Act (AFSPA) gives the Indian army full impunity to barge into houses and kill inhabitants when they feel it necessary. This law has been misused so many times where innocent people were brutally killed and the killers did not face a trail.Coming to the roads, no vehicle including ambulances and other emergency services are allowed to ply on the National highway, which is an important lifeline and the main thoroughfare for every state, which the army travels on. This thing causes the backing up of local vehicles that may stretch to a few miles. This creates extreme problem to the commuters particularly patients, doctors, officegoers, and so on. They have cut down forest trees and thereby converted the hills into nude mountains. Many of the wild animals got killed due to their habitats’ destruction.

India has been successful in creating a false narrative over the last 70 years across mainland India. Thus only a handful of Indians have their voices of dissent heard over the Kashmir issue.The rest, the vast majority, think that Kashmir is their property and whosoever from Kashmir differs from their opinion should be treated as a terrorist. Another thing needs to be debunked regarding the purge of Kashmiri Pandits. They were evacuated in the wake of militant insurgency in Kashmir under Governor Jagmohan. The regime was hell-bent on targeting Muslims subjects only. Jagmohan with Indian army and the Ikhwanis at his disposal assured the Pandits to leave Kashmir as soon as possible and see how he committed the genocide of Kashmiris which eventually did not happen at all. Now those Pandits are showcased by politicians only to fool the world about what they underwent in Muslim-majority Kashmir.

Kashmiri Muslims are seen as a threat all over India. They have been partially eliminated through military force and economic coercion. Kashmiri youth have been convicted and held in state custody for stone-throwing. There are “reform” programs to protest their grievances and they are made to seek the Indian Army’s pardon. This treatment is in violation of the United Nations Convention on the Rights of the Child. Demands for genocide have already been made in Nazi Germany, Rwanda and elsewhere. The UN Convention on Genocide says it should never be allowed again. The convention also states that endangered groups must be protected.

There is reluctance to use the term genocide to describe the events that took place in Kashmir over the decades. But the legal definition of genocide is enough. The Kashmiri people have been subjected to population migration on their lands by foreign groups through the establishment of collective permanent settlements by foreigners. The external group is the Hindu nationalist Indian state, led by the BharatiyaJanata Party (BJP), and Prime Minister Narendra Modi.

The media, academics, and legal and political analysts have never touched on indigenous rights, as stated in the UN declaration on the Rights of Indigenous Peoples, when Kashmir is being debated. But an indigenous rights framework is needed to carefully assess the various rights violations facing Kashmiris. India is violating several international human rights conventions and declarations it has signed which apply to Kashmir.

There has been a terrible silence by the world leadership on the ongoing crimes in Kashmir. Kashmiris have been the guardians, gardeners and custodians of Kashmiris’ land, water, each other and inhuman life. Regardless of the colonial boundaries, the most important thing is what Kashmiris want as an independent indigenous people. Under the UN declaration on the Rights of Indigenous Peoples, India has a duty to consult with local people, rather than making decisions that affect them unilaterally, and give them the highest priority to self-government and self-determination. If provided an opportunity. In 1948, the UN resolution on Kashmir would have ratified the right of Kashmiris to determine their own future.

The world is not taking cognizance of the Indian brutality in Kashmir. It is because of the fact that India with its huge population is their greatest product consumer, be it arms and ammunition, social media, food products, oil, and so on. Therefore, the countries who have their interests in India cannot raise their voice against India. If they happen to say anything and ever condemn any Indian cruelty, then India snitches their voices.