The SCO Dushanbe Summit and aftermath 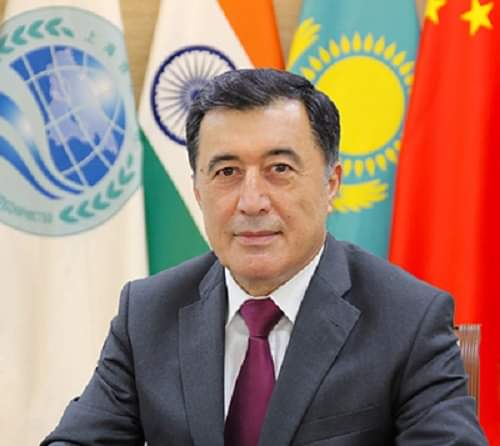 The Shanghai Cooperation Organization summit held on September 17, 2021 in Dushanbe marked the end of the successful chairmanship of the Republic of Tajikistan in the SCO in 2020-2021, within the framework of which, despite all the difficulties associated with the pandemic, effective measures were taken to further develop multifaceted cooperation within the Organization, painstaking, comprehensive work was carried out, effective measures to strengthen the SCO and increase its authority were effectively and effectively promoted.

The meeting of the SCO Council of Heads of State demonstrated the firm commitment of the member states to the” Shanghai spirit ” and the common desire to deepen multifaceted cooperation in the fields of politics, security, trade and economy, as well as expand cultural and humanitarian ties.

Summarizing the experience of the past two decades and assessing the prospects, the member States are firmly convinced that the successful activities of the SCO have contributed to the transformation of the region into a space of lasting peace and harmony.

The anniversary summit was a historic event, which was confirmed by the signed solid package of documents, the number of which reached thirty for the first time in the history of the SCO. The decisions taken by the leaders of our countries within the framework of the summit are of epochal significance and open a new milestone in the progressive development of the Organization, have multiplied its contribution to maintaining peace and stability in the region and in the world, to ensuring sustainable development and strengthening the dialogue of civilizations in the vast space of the SCO.

The main document adopted at the end of the summit was the Dushanbe Declaration of the twentieth anniversary of the SCO, which reflected the main results of the twenty-year activity of the SCO, the common position of the member countries on key issues of regional and global policy. There is no doubt that the document will become an important reference point for the Organization in the near future and will point to new vectors of SCO development.

The Member States reaffirmed an important principle of the SCO’s activities – openness to cooperation with other States, international and regional organizations. The SCO is open for accession by interested States that meet the criteria and conditions contained in the SCO regulatory documents and undertake to comply with the goals and principles of the SCO Charter, as well as the provisions of other international treaties and documents of the Organization.

During the summit, it was decided to start the procedure for accepting Iran to increase its status to a full-fledged SCO member state. Saudi Arabia, Egypt and Qatar have received the status of a dialogue partner. Thus, today the SCO membership has increased from 18 to 21 states.

In his speech, Russian President Vladimir Putin stressed that the Russian side attaches great importance to the issues of cooperation between the SCO and those states that seek to establish an open and equal dialogue with the SCO, proposed to modernize and make more effective the participation of observers and dialogue partners in the work of the SCO, in particular by holding events at the highest and high levels in the so-called SCO plus format, with the invitation of partners, in parallel with the summits of the leaders of the SCO member states.

In addition, decisions were signed on the establishment of SCO partnership relations with LAS, UNIDO, UNCTAD and INCB, the heads of the SCO Secretariat and the Eurasian Economic Commission signed a Memorandum of Understanding.

In addition, the candidates for the new SCO Secretary General, who will be a citizen of China, and the Director of the SCO RATS Executive Committee, a citizen of Uzbekistan, who will take up their posts from January 1, 2022, have been approved.

Undoubtedly, the central theme of the last summit was the situation in Afghanistan. The joint meeting of the leaders of the SCO and CSTO countries in the “outreach”format held within the framework of the summit was also devoted to this issue.  The Heads of State stated that one of the most important factors for preserving and strengthening security and stability in the SCO space is the early settlement of the situation in Afghanistan. They advocate the establishment of Afghanistan as an independent, neutral, unified, democratic and peaceful State, free from terrorism, war and drugs.

The SCO member States consider it extremely important to create an inclusive government in Afghanistan with the participation of representatives of all ethnic, religious and political groups of the Afghan society. Emphasizing the importance of the long-term hospitality and effective assistance provided to Afghan refugees by regional and neighboring countries of Afghanistan, the SCO countries consider important the active efforts of the international community to promote their dignified, safe and sustainable return to their homeland.

The heads of State in their reports separately focused on the Afghan problem, in particular, the Prime Minister of India noted that the SCO should take the initiative on the issue of ensuring peace, tranquility and stability in Afghanistan.

As the President of Kazakhstan noted, the Kazakh side is expanding cooperation with regional partners to prevent the flow of destructive ideology, drugs and uncontrolled migration outside Afghanistan. Kazakhstan is ready to provide all possible assistance to solve the urgent humanitarian and economic problems faced by Afghanistan. Taking into account the existing infrastructure and logistics opportunities, the leader of Kazakhstan proposed to organize a humanitarian “hub” of the SCO in Almaty to deliver international aid to Afghanistan.

The Chinese President said that with the withdrawal of foreign troops, a new page in the history of this country opens. At the same time, Afghanistan still faces many difficult tasks, which require support and assistance from the international community, primarily from the countries of the region. From this point of view, it is necessary to strengthen cooperation between the SCO member states, to reveal the potential of such platforms as the SCO-Afghanistan Contact Group, to promote a smooth transition of the situation in Afghanistan. The Chinese leader stressed the importance of promoting the formation of an open and inclusive political structure in Afghanistan, introducing a moderate and restrained domestic and foreign policy, conducting an uncompromising fight against terrorism in all its manifestations, so that Afghanistan can coexist amicably with neighboring countries for the sake of peace, stability and development.

The President of the Kyrgyz Republic noted the need to more actively use existing mechanisms, primarily through the Regional Anti-Terrorist Structure( RATS), the Ministries of Defense, law enforcement agencies and special services in order to prevent threats to security and stability in the region, maintain calm and public order in the countries. The Kyrgyz side expressed its readiness to provide all possible assistance in the settlement and to send humanitarian aid to the friendly people of Afghanistan, as well as to accept 500 Afghan students to educational institutions of the country.

The Prime Minister of Pakistan noted that Afghanistan is in the center of attention of the republic, especially in the light of recent events. He called on the international community to provide stabilizing assistance to Afghanistan in order to avoid a re-escalation of the conflict, improve the security situation, and prevent a humanitarian and economic crisis.

The Head of the Government of Pakistan stressed the importance of fulfilling the obligations assumed by the Taliban, first of all, with regard to an inclusive political structure in which all ethnic groups are represented.

According to the Russian President, first of all, it is important for the SCO countries to use the Organization’s potential to provide all possible assistance to the start of an inclusive inter-Afghan peace process and at the same time do everything to block the threats of terrorism, drug trafficking, and religious extremism emanating from this country. The Russian leader proposed to encourage the new Afghan authorities to fulfill their own promises to establish peace, normalize public life, and ensure security for everyone. In this regard, he noted the importance of resuming the activities of the SCO – Afghanistan Contact Group, which was created at the time to work with Afghan partners.

The President of Tajikistan expressed particular concern about the situation in Afghanistan, where, in his opinion, along with the political, the largest humanitarian crisis in history is facing. He noted that Tajikistan wants to see Afghanistan free from terrorism and drugs, a peaceful, unified and developing state. According to the leader of Tajikistan, the situation in Afghanistan directly affects the situation in Central Asia. He called on the international community not to remain indifferent to the fate of the Afghan people and its neighbors, who will have to overcome difficult humanitarian and military problems caused by the withdrawal of the Western coalition forces.

The President of Uzbekistan noted the need to develop coordinated approaches to the situation in Afghanistan, as well as to develop a dialogue with the new authorities of the country. In particular, he stressed the importance of achieving broad political representation of all segments of Afghan society in the state administration; to prevent the possible growth of extremism in the region and the export of radical ideology, the use of the territory of Afghanistan for subversive actions against neighboring states; to ensure respect for fundamental human rights and freedoms, including women and national minorities;  to prevent a large-scale humanitarian crisis, an increase in the flow of refugees, to continue to assist this country in solving social problems.

In this regard, the head of Uzbekistan proposed to consider the possibility of unfreezing the state assets of Afghanistan held in foreign banks. In order to consolidate the efforts of the SCO countries and widely discuss issues of a political settlement in this country, they were invited to regularly hold high-level meetings in the SCO-Afghanistan format with the involvement of observer states and dialogue partners. The Uzbek side expressed its readiness to organize the first such meeting in Tashkent.

In conclusion, the heads of state highly appreciated the results of the chairmanship of the Republic of Tajikistan in the SCO in 2020-2021, which contributed to strengthening mutual trust and mutual understanding, constructive and fruitful cooperation, good-neighborly relations and friendship between the peoples of the Organization’s member states. At the end of the summit, the chairmanship of the SCO for 2021-2022 passed to the Republic of Uzbekistan. President Sh.Mirziyoyev invited his SCO colleagues to the next meeting of the Council of Heads of State, which is scheduled to be held on September 15-16 next year in Uzbekistan.

The writer is the Secretary General of SCO