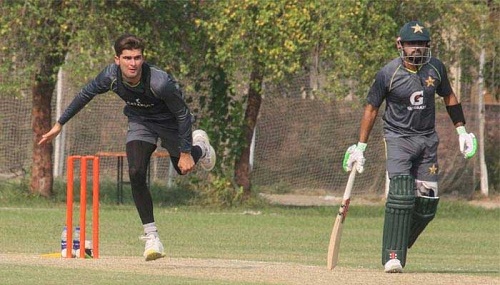 LAHORE: The Pakistan cricket team will be tested for coronavirus today (Wednesday) as it prepares to leave after two days for the UAE to begin its campaign for the ICC Men’s T20 World Cup.

After two training sessions, the national T20 World Cup squad played a scenario match at the LCCA ground in Lahore on Tuesday.

Today, the Pakistan cricket team will rest after which it will play another scenario match on Thursday. Team members will be tested for coronavirus today in the hotel.

The national squad will leave for the UAE on Friday morning, October 15 to participate in the ICC Men’s T20 World Cup.

The top-order batsmen were to chase a target of 150 runs in 15 overs but they failed to score runs as Shaheen Shah Afridi, Imad Wasim, Hassan Ali, Shadab Khan and Haris Rauf restricted them to 106 with their phenomenal bowling.

Imad Wasim scored 38 runs and Mohammad Hafeez scored 30 runs during the second half.