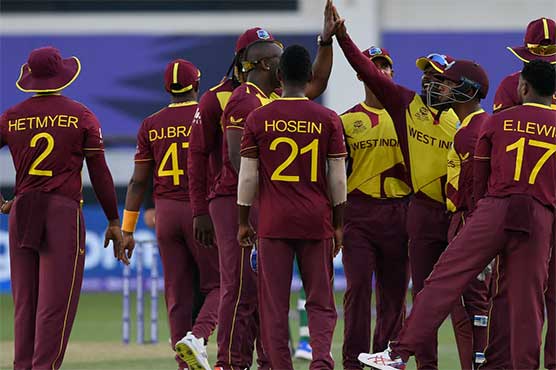 SHARJAH , OCT 29 : Despite a brilliant batting performance of the batters, the Bangladesh cricket team failed to chase down 143 and fell agonisingly short in the Super 12 fixture of the ongoing T20 World Cup at the Sharjah Cricket Stadium.

After being put on to bat first, West Indies lost both of their openers for cheap as Mustafizur Rahman and Mahedi Hasan got the better of Evin Lewis and Chris Gayle.

Hasan then also got the better of Shimron Hetmyer, who holed out to long-off while trying to go big. Skipper Kieron Pollard got retired hurt before Andre Russell was run out in a bizarre fashion by Taskin Ahmed.

Nicholas Pooran steadied West Indies ship before losing his wicket Shoriful Islam, who then dismissed Roston Chase on the very next ball to give himself a chance of a hattrick.

Jason Holder then struck two sixes in the final over as West Indies managed to cross the 140-run mark.

Former West Indies captain Jason Holder returns to the team after being included in the main squad as a replacement for injured Obed McCoy who was ruled out of the tournament.

Skipper Kieron Pollard confirmed big-hitting Chris Gayle will open the innings for the two-time champions who have lost both their matches in the competition.

“We don’t have anyone else to blame, but ourselves,” said Pollard on the losses.

“The clarity has been there but the team hasn’t batted well. This is the perfect opportunity to put it right.

“Gayle will be opening. The ‘Universe Boss’ has over 13,000 runs opening the batting. It’s not just about one individual — the team has to come good.”

Roston Chase makes his T20 debut as he replaces Lendl Simmons in the XI while Holder comes in for Hayden Walsh.

Bangladesh have made two changes from their previous loss to England.

“They’ve got a big batting depth, so we’ll try to restrict them to a decent total and try to chase it down,” Mahmudullah said.