T20 WC: Pakistan make it to the semis Scot-free, set up Nov 11 clash with Australia

SHARJAH, NOV 7: In a T20 World Cup 2021 Group 2 match that was effectively a dead rubber and meant nothing to almost everyone, Pakistan still went in hard, played their full-strength squad and inflicted a heavy 72-run loss on Scotland in Sharjah on Sunday night.

The victory means that Pakistan finished the group stage campaign as the only unbeaten side in the competition, with a perfect five wins from as many matches.

The victory also means that Pakistan will now face Australia, the other group’s runners-up in the second semi-final on Nov 11 (Thursday).

Not that they needed a big score to win against an overmatched Scotland side, Pakistan still amassed 189-4, thanks to their run machine of a captain Babar Azam’s systematic 66 and Shoaib Malik’s stroke-filled 54 off just 18 balls.

Malik’s 50 was the joint-fastest of World Cup 2021 alongside KL Rahul’s, also against Scotland.

The 190-run target was always going to be tough for Scotland but they did not even give it much of a try, with much of their batsmen sticking around despite finding runs hard to come by and eventually giving up. They eventually finished with 117-6 as Malik was named the player of the match for his whirlwind 54. 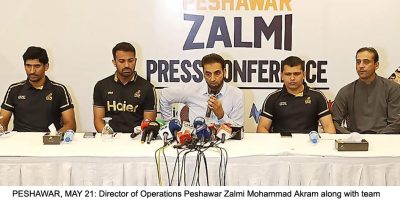