GENEVA: Nearly two-thirds of Swiss voters backed the introduction of same-sex marriage in a referendum held Sunday, with campaigners calling it a historic moment for gay rights in Switzerland.
The government’s plans to introduce “marriage for all” were challenged by opponents, who successfully triggered a referendum.
But some 64.1 percent of voters in the wealthy Alpine nation supported the move, on a 52 percent turnout.
“It is a historic day for Switzerland, a historic day when it comes to equality for same-sex couples, and it is also an important day for the whole LGBT community,” said Jan Muller of the “yes” campaign committee.
Switzerland is the world’s 30th country to adopt same-sex marriages, and was one of the last remaining western European nations yet to do so. The Netherlands was the first in 2001.
Justice minister Karin Keller-Sutter said the first same-sex marriages should be able to take place from July 1 next year.
“Whoever loves each other and wants to get married will be able to do so, regardless of whether it is two men, two women, or a man and a woman,” she said. “The state does not have to tell citizens how they should lead their lives.”
A majority in all 26 cantons voted yes — even the most conservative. Support was strongest in Basel City at 74 percent.
“The Swiss have dropped a massive ‘yes’ into the ballot box,” Olga Baranova, a spokeswoman for the “yes” committee, told AFP.
She was at a restaurant in the Swiss capital Bern hosting the “yes” campaign’s celebrations — decked out in balloons in the rainbow colors — where drag artist Mona Gamie sang Edith Piaf’s “Hymn to Love” to rapturous applause. “Today does not change my country,” Baranova said. “Today reflects the change of mentality over the last 20 years. It is really the reflection of a very broad and very important acceptance of LGBT people in society.”

« ADAM TUGIO: Indonesia, Pakistan ties poised for a quantum leap (Previous News)
(Next News) A Destination From The Past » 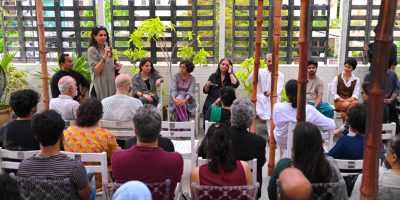