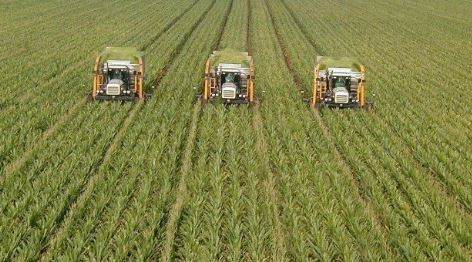 From Our Correspondent
PESHAWAR, In order to ensure the commencement of specialization classes by March this year at University of Agriculture Swat, Chief Minister Khyber Pakhtunkhwa Mahmood Khan has directed all the quarters concerned for necessary steps to fulfill all the pre-requisites including appointment of teaching staff for the University as per relevant rules & regulations further directing the concerned departments to fulfill their shares of responsibilities well in time so that specialization classes could be started in the University without any delay. The chief minister has also directed the authorities of Communications & Works department to get the revised PC-1 approved from the relevant forum for the second phase of construction of new building for the University so that civil work on the second phase of construction could be started well in time. He was chairing a meeting held here the other day to review progress on the construction of building for Agriculture University Swat. Additional Chief Secretary Shahab Ali Shah, Principal Secretary to CM Amjad Ali Khan, Vice Chancellor Swat University Professor Daud Jan, Vice Chancellor Agriculture University Peshawar Professor Jehan Bakht, administrative secretaries of concerned departments and other officials attended the meeting. The meeting also took a detailed review of academic activities in the Agriculture University Swat. While briefing the meeting about administrative and financial matters and academic activities of the newly established Agriculture University Swat, it was told that four semesters of first batch were successfully completed, and now classes for the fifth semester would be commenced from March this year adding that process has been initiated for hiring the required teaching and administrative staff for the purpose. The chief minister, on the occasion directed the authorities concerned to expedite the recruitment of required staff so that the specialization classes in the University could be started as per stipulated timelines. The meeting was told that presently, the University was offering programs in six different specialized fields of Agriculture including Horticulture, Plant Breeding & Genetics, Soil & Environmental Sciences, Entomology, Food Sciences & Technology, Livestock Management and Fisheries Aquaculture. The chief minister stressed the need for the digitalization of all the matters of the University including financial and administrative matters and student affairs of the University, directed the quarters concerned to provide technical support to the University for the purpose. The chief minister termed the establishment of University of Agriculture Swat as an important step for boosting agriculture sector in the entire Malakand region on modern scientific lines, and said that establishment of said University was need of the day and the incumbent provincial government would go all out to make it a prestigious institution of higher education and modern research.