ISLAMABAD, AUG 8 (DNA) – South Africa considered Pakistan an important market for business cooperation and wanted to further enhance bilateral trade with it as the two countries have good potential to do trade in many areas.

This was observed by Mthuthuzeli Madikiza, High Commissioner of South Africa in Pakistan while addressing the business community during his visit to Islamabad Chamber of Commerce & Industry (ICCI). Mr. C.J.Janse Van Noordwyk, Deputy Head of Mission also accompanied him at the occasion.

Mthuthuzeli Madikiza said that South Africa was now focusing on South-South cooperation whereby Pakistan and South Africa could assist each other by sharing technical and economic knowledge and skills to facilitate reciprocal economic development.

He said that South Africa has launched many construction and infrastructure development projects and Pakistani investors should explore them for investment and JVs.

He said that South Africa was further improving ease of doing business to facilitate entrepreneurs and it could be an additional attraction for Pakistani investors to focus on his country.

He assured that the South African High Commission would facilitate Pakistani business community in linking up with South African counterparts for promoting business collaboration in areas of mutual interest.

Speaking at the occasion, Muhammad Ahmed Waheed, President, Islamabad Chamber of Commerce and Industry said that the existing level of bilateral trade between Pakistan and South Africa was not reflective of the actual potential of both countries and more efforts from both sides were required to improve it.

He said that Pakistan has formed a “Look Africa Plan” and hoped that it would help in improving Pakistan’s trade relations with African countries. He said that many Pakistani products including textiles, marble, furniture, pharmaceuticals, surgical instruments, cereals, rice, pink salt have good potential to penetrate the South African market and stressed that South Africa should rationalize its tariffs for Pakistani products that would further improve bilateral trade between the two countries. Similarly, many South African products including machinery & equipment, steel scrap, tin sheets and others could find good market in Pakistan. He urged that Pakistan and South Africa should sign a free trade agreement to remove trade barriers and boost two-way trade volume.

Muhammad Ahmed Waheed said that frequent exchange of trade delegations and organizing single country exhibitions on reciprocal basis should be the way forward for both countries to strengthen trade and investment relations.

Saif ur Rehman Khan Vice President ICCI thanked South African High Commissioner and Deputy Head of Mission for visiting Chamber and said that South Africa should share its technology and knowledge with Pakistan that would benefit our economy. 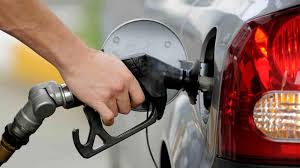 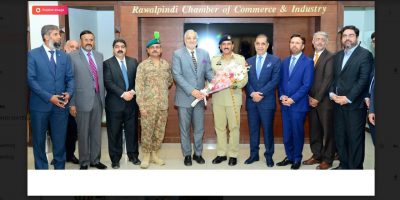