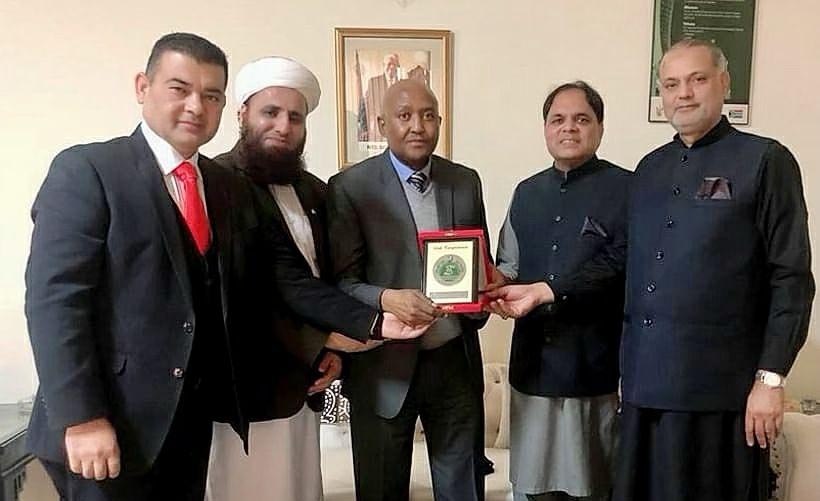 ISLAMABAD: South Africa’s High Commissioner to Pakistan Mthuthuzeli Madikiza has said that Pakistan is a great country and its people are hardworking and friendly.

He said that South Africa attaches great importance to its trade, diplomatic and cultural relations with Pakistan as South Africa is currently a major trading and cultural partner of Pakistan. The high commissioner was talking to prominent social and religious leaders at the South African Embassy in Islamabad, led by Muhammad Ijaz Nuri, Chairman of the Pakistan Council for Social Welfare and Human Rights, a special advisory body at the United Nations Socio-Economic Council.

A commemorative shield was also presented by the Pakistan Council for Social Welfare and Human Rights to the High Commissioner of South Africa to Pakistan, Matthew Zeli Mediciza, on the occasion.