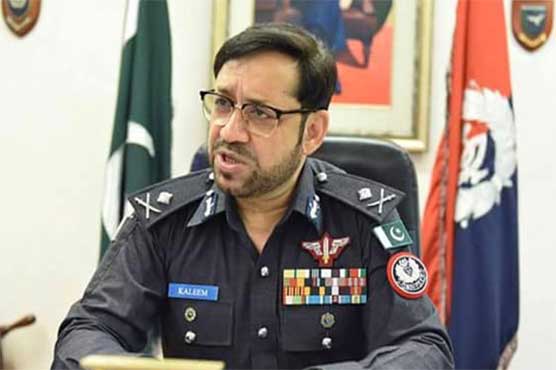 According to details, the SHC issued a stay order against provincial cabinet’s decision of transferring Dr Kaleem Imam and forwarded notices to both the federal and the Sindh governments.

Furthermore, the court directed both parties to submit their replies till next hearing. The SHC remarked that the provincial government apparently did not consult the federation before removing the IG.

The court directed the Sindh government to confer with the federal government over the matter according to the law.

It is pertinent here to mention that the provincial government provided reasons for Dr Imam’s removal as his alleged “non-cooperation with the Sindh government, and failure to implement directives issued from the CM House,” and frequent absence in key meetings of the government.

The Sindh government, after approval of the provincial cabinet to remove Dr Kaleem, had forwarded three names, including Ghulam Qadir Thebo, Mustaq Meher and Kamran Fazal to the Centre for the appointment of new IG of the province.

The provincial cabinet mentioned that nominated person, Thebo, “is an officer of good reputation and have worked in various positions in the province.”

The chief minister had expressed that he would like to keep the police separate from the politics. He, however, had asserted that the police chief should refrain from giving political statements. “Any SSP or police officer who is fond of politics should do politics,” he had added.

Dr. Syed Kaleem Imam was appointed as the inspector general of Sindh police In Sept 2018.=DNA