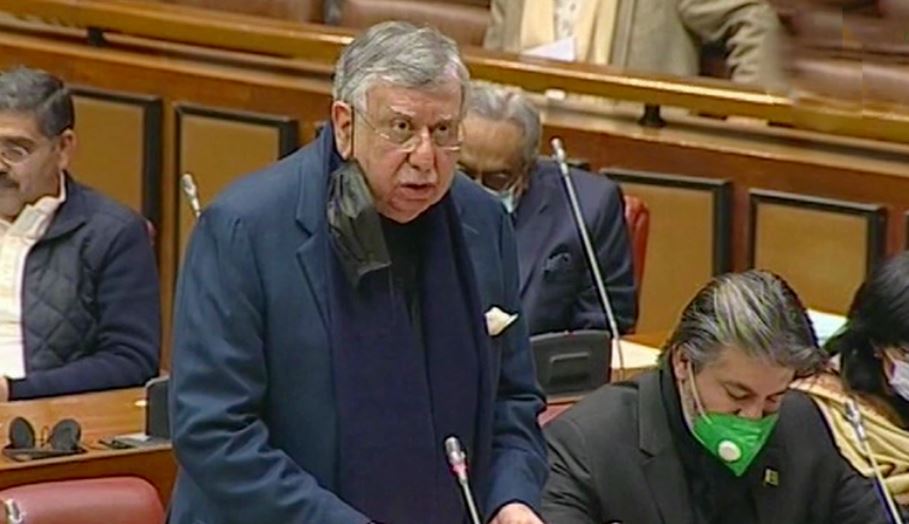 ISLAMABAD: The Senate on Friday approved the State Bank of Pakistan (SBP) Amendment Bill, 2021, amid strong protest from the opposition benches.

The bill was passed by the upper house with the treasury benches enjoying a slight lead of 43 members over the opposition’s 42. The bill was presented by Finance Minister Senator Shaukat Tarin.

The passage of the bill is one of the conditions set by the International Monetary Fund (IMF) for the release of $1 billion to the country.

The IMF board meeting is scheduled for January 28 and will take up Pakistan’s request for approval to ensure the release of funds. However, it is linked with prior actions — the Finance (Supple­mentary) Bill 2021 and the State Bank of Pakistan (Amendment) Bill 2021.

The Finance (Supplementary) Act, 2021, has already been enacted through parliament.

Opposition parties have been voicing strong concerns over the SBP bill, saying it compromises Pakistan’s “economic sovereignty and gives absolute authority to the SBP to take key economic decisions independently”.

The SBP Amendment Bill, 2021, promises complete autonomy to the central bank and places a complete restriction on the government’s borrowing from the central bank. However, the government now can borrow at a market rate from commercial banks, which will benefit private banks owned by business elites, according to the opposition.

As the proceedings began today, opposition benches insisted Senate Chairman Sadiq Sanjrani to ask the treasury benches to table the SBP amendment bill, however, due to the absence of Tarin at the time, the bill was not tabled.

Senator Sherry Rehman said the government did not want to table the bill, fearing its rejection.

She said the government had been defeated and demanded Prime Minister Imran Khan’s resignation.

Later, Tarin presented the bill which was put to vote amid sloganeering from the opposition. The bill was approved shortly afterwards.

The chairman then adjourned the session till Jan 31.

As many as 54 amendments, including 10 new sections, have been introduced to the SBP Act 1956 through the amendment bill, which was first appro­ved in a cabinet meeting on March 3, 2021. It was revised earlier this month following observations from the Law Division, Prime Minister Secretariat.

The proposed amendments include domestic price stability as the primary objective of the SBP. To achieve this, the central bank will be guided by the medium-term inflation target set by the government.