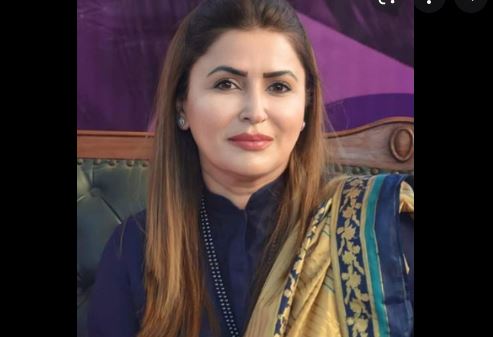 Islamabad: /DNA/ – Central Information Secretary of PPP-P and member of the National Assembly Shazia Atta Marri has said that former Prime Minister of Pakistan Shaheed Zulfikar Ali Bhutto was executed on today’s date by a judicial murder and after so many years later, judiciary finally accepted that Zulfiqar Ali Bhutto’s martyrdom was a judicial murder. Ms Marri said, today the Supreme Court has the opportunity to take decision in the favor of democracy. This she said in the commemoration of the 43rd death anniversary of former prime Minister and founder of PPP Shaheed Zulfiqar Ali Bhutto hereon today. She said that those who are celebrating after suspending the Constitution of Pakistan will be failed like they had faced failure before. Ms Marri added that Selected Imran Khan has made the country a “Banana Republic” while the state is based on the constitution of Pakistan and Imran Khan had dropped a bomb on the constitution while Deputy Speaker Qasim Suri was used as a suicide bomber. She said that selected Imran Khan had couped on the parliament by seeing his clear defeat ahead of no confidence motion. General elections could not be held tomorrow or the day after tomorrow by violating the constitution of the country. She further said that effective measures are required to be taken to stop the violation of the Constitution. Imran Khan made people cries by skyrocketing inflation, poverty, unemployment and anti-people policies. She said that the selected Prime Minister, who has increased highest inflation and poverty in the country run away without facing no confidence motion in the National Assembly and President Arif Alvi has been  deviating from the constitution which comes under category of treason.

« Political instability in Pakistan always a cause of concern : Says Chinese scholar (Previous News)
(Next News) IMF to ‘continue its support to Pakistan’, will engage on policies once new govt is in place »