Sehat Card Plus a great step of the provincial govt: CM KP 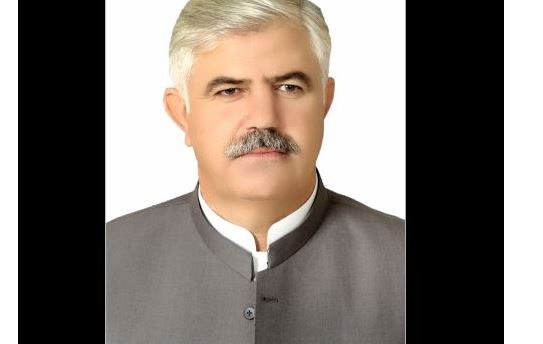 Provincial Cabinet Members Taimoor Salim Jhagra, Kamran Khan Bangash, Barrister Muhammad Ali Saif, Members of Provincial Assembly Fakhar Jehan, Sultan Khan and other relevant officials attended the ceremony. The chief minister has termed the Sehat Card Plus as an important step towards accomplishment of Prime Minister’s vision regarding establishment of a welfare state and said that Sehat Card Plus was not only a program of free treatments but it has been proved to be a complete package of social protection which was also helping to reduce poverty and to raise the standard of the life of common man.

Mahmood Khan said this scheme was started on limited scales during the last tenure of PTI provincial government and in 2018, when incumbent government came into power, he decided to extend this facility to the cent percent population of the province which was undoubtedly a difficult task but with the cooperation of Prime Minister Imran Khan, it has been extended successfully to the cent percent population of the province. Touching upon the relief announced by the Prime Minister for general public, Mahmood Khan said that despite the difficult financial situation, Prime Minister has given a great and unprecedented relief to the people adding that the provincial government would also extend its all-out support to this effect.

On this occasion, the chief minister formally launched inclusion of liver transplant in Sehat Card Plus Scheme and provision of Sehat Cards to all the households of the province. The purpose behind the launching of Sehat Cards was to reassure the people that in case of any ailment, they would have the facility to get free treatment up to Rs. 1.0 million per household per annum. On this occasion, the participants were informed that during the last one year, 6.5 lac people received free treatment facilities under the scheme with cumulative cost of Rs. 11.5 Billion. It was also informed that so far, a total of 9 lac and 53 thousand people have received the free treatment facilities since the launching of Sehat Card Scheme. Similarly, on monthly basis, about 65 lac people are getting free treatment facilities under the program. According to a survey, 97 percent people are satisfied with the treatment facilities provided under the program. It was further told that over 5 thousand cardiac patients have been treated so far under the scheme with a total cost of Rs. 5 billion. Similarly, 64 kidney transplants and over one lac kidney dialyses have also been carried out whereas now the free facility of liver transplant would also be available for the liver patients costing Rs. 5 million each. Besides free medicines would also be provided to the patient of liver transplant. Earlier addressing the ceremony, provincial minister for health Tarimoor Salim Jhaghra highlighted the achievements and other aspects of the program.