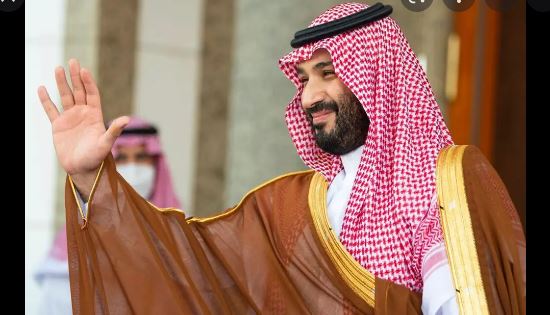 He was later received by the Emir of Kuwait Sheikh Nawaf Al-Ahmad Al-Jaber Al-Sabah, who bestowed upon the crown prince the Order of Wisam Mubarak Al-Kabir for his efforts “to strengthen the bonds of brotherhood and understanding between the countries of the Gulf Cooperation Council,” Saudi Press Agency reported.

The crown prince sent a cable of thanks to Bahrain’s rulers after his departure from Manama. “As I leave your brotherly country, it gives me great pleasure to express to Your Highness my thanks and appreciation for the warm reception and hospitality that I, and the accompanying delegation, received,” the crown prince said, in a report from state news agency SPA.

He added that the joint talks the countries held confirmed the strength of ties between them and the desire to deepen cooperation and strengthen relations in all fields.

Prince Mohammed was earlier received by King Hamad and his Bahraini counterpart Prince Salman bin Hamad upon his arrival at Sakhir Air Base airport in the capital, Manama.