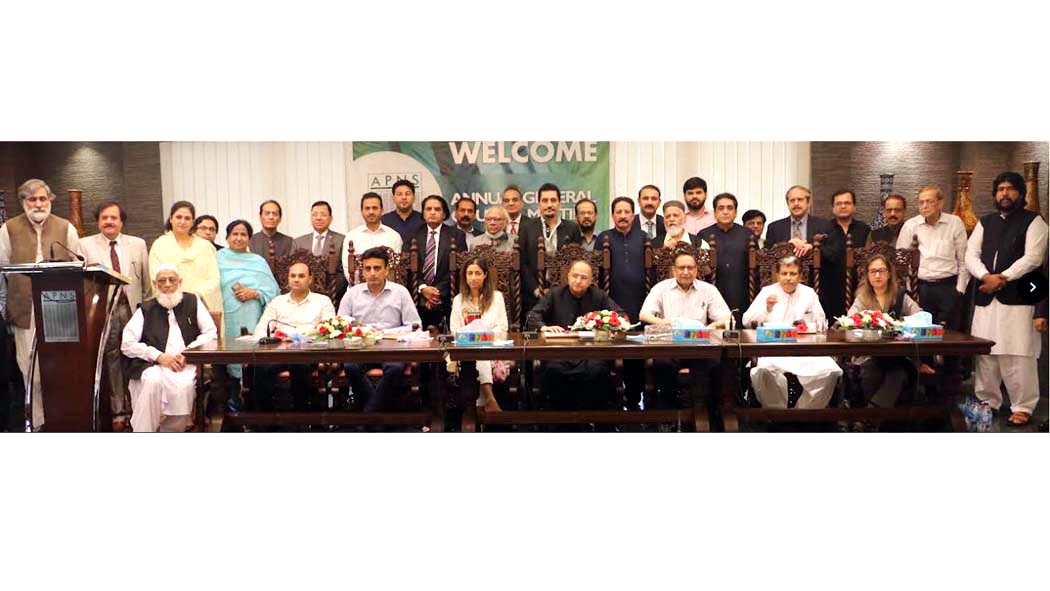 The AGM was held under the chairmanship of Sarmad Ali, President. The Council unanimously approved the report of the Executive Committee for the year 2021-2022 as well as the Annual Accounts of the Society for the year 2021.

The General Council attended by 151 members from across the country, formed an Election Commission headed by Dr. Waqar Yousuf Azeemi with  Nasir Daad Baloch  and Safdar Ali Khan as members. The Election Commission conducted the election of the Executive Committee for the year 2022-23.

Following dailies and magazines were elected un-opposed to the Executive Committee of the APNS for the next tenure :

The newly elected Executive Committee appreciated the performance of the Election Commission. The members unanimously appreciated the efforts of Mr. Hameed Haroon for the reconciliation in the ranks of the newspaper industry and expressed their full confidence in his efforts.

Earlier, the Extra-Ordinary General Council of the Society held a meeting in the morning and adopted Resolution to amend Article 1 Article 8 of the Articles of Association.