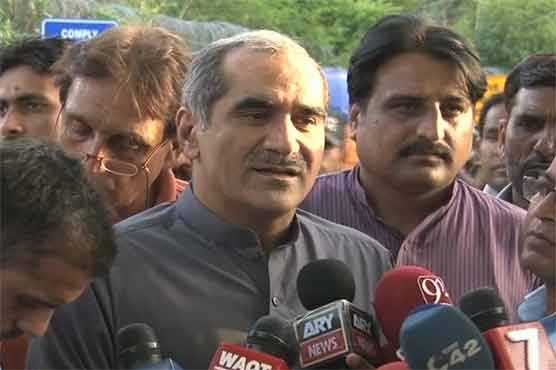 RAIWIND, AUG 15 (DNA) – Railways Minister Khawaja Saad Rafique called it compulsory to introduce new amendments in the constitution of Pakistan so that whatever happened to ex-PM Nawaz Sharif is not repeated.

After attending the PML-N consultation session in Islamabad, Saad Rafique talked to media. He said the party founder Nawaz Sharif has directed to continue public campaign after his GT Road homecoming rally from Islamabad to Lahore. On questions about Imran Khan and Bilawal Bhutto, he slammed the two leaders and reacted as if he doesn’t know them.

Also, National Assembly Speaker Ayaz Sadiq told parliament will discuss electoral reforms on coming Thursday. He further said no contacts between government and opposition have yet been made for constitutional amendments.

PML-N leaders told that they discussed NA-120 by-election in which Kulsoom Nawaz has filed her nomination papers and will contest after the disqualification of her husband.