Russian delegation lands in Geneva for talks with US 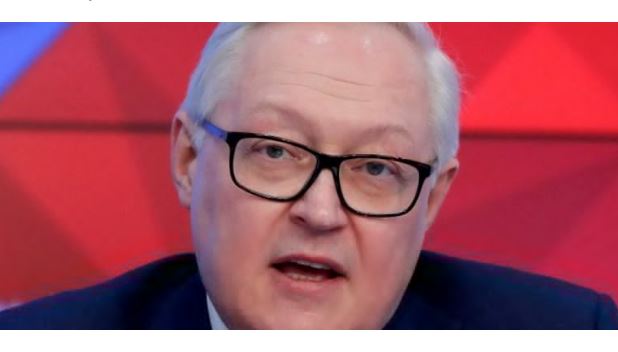 Representatives of Russia have arrived in Geneva ahead of negotiations with the United States against the backdrop of the Ukraine crisis.

The Russian Foreign Ministry in Moscow released a video on Sunday afternoon showing a plane of the delegation at the airport of the Swiss city. The first meeting was already planned for the evening. The central talks, however, are scheduled for Monday, according to the ministry.

From the Russian side, the round will be led by Deputy Foreign Minister Sergei Ryabkov. He already made it clear in an interview with the state news agency Ria Novosti that Russia was “not going there with an outstretched hand, but with a clearly formulated task that must be solved” under the terms Russia has formulated.

There was at least one demonstration in Ukraine before the negotiations in Geneva. The organizers of the protest in the capital Kiev called on the West to say “no” to Russian head of state Vladimir Putin’s ultimatum, the Ukrainian daily Den reported on its website.

Russia had earlier reiterated its calls for binding security agreements with NATO ahead of the talks with the US aimed at easing the soaring tensions over Ukraine.

The country needed “guarantees” from the alliance that it won’t expand further, Ryabkov told the Interfax news agency on Sunday.

Moscow’s expectations regarding Monday’s talks were “realistic,” said Ryabkov. “Based on the signals we’ve heard from Washington and Brussels in recent days, I think it would be naive to assume progress – let alone rapid progress.”

Ryabkov also stressed that Russia wasn’t planning to discuss the unrest in Kazakhstan with the US delegation led by Deputy Secretary of State Wendy Sherman.

The former Soviet republic has been roiled by anti-government protests and asked a Russian-led military alliance for help.

The talks in Geneva come amid rumblings in the US and EU over a potential invasion of Ukraine by Russia.

A meeting of the NATO-Russia Council is also scheduled for Wednesday in Brussels, the first such meeting in two and a half years. This is to be followed on Thursday by talks in Vienna within the framework of the Organisation for Security and Cooperation in Europe (OSCE).

The United States has accused Russia of building up troops in areas on the border with Ukraine and wants the soldiers pulled back.

Russia denies any plans of invasion. For its part, Moscow has spoken out against the admission of further Eastern European countries to NATO and is demanding guarantees that Ukraine will never become a member of the defence alliance.

Washington has already roundly rejected many proposals made by Moscow to defuse tensions.