Rights of Minorities in Islam: Lesson Learning from History 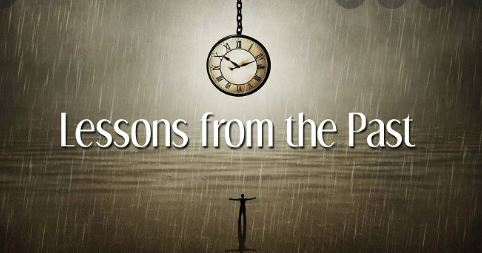 The heads of true Muslims in general and that of Pakistanis in particular always bow down in disgrace and shame whenever some odd happens at the hands of religious bigots and orthodox. The recent lynching tragedy of Sialkot led to the dismay and serious concerns over misrepresented Shariah on the rights of minorities in Pakistan. The moral principles,as defined in Islam and as duly to be enjoyed by the legal citizens of Pakistan,are oftenwrongly conceptualized and manipulated. Under such situation, perception dominates the truth and thus causes graverepercussionon the cultural fabric of society. Being an Islamic state, the Constitution of Pakistan ensures safety, security and protection of all faiths and religions in order to minimize the consistent discrimination.

In reality, Islam, as a religion of peace, condemns acts of violence and extremist behavior on the part of its followers. Islamic history is the witness of this fact as many Islamic states demonstrated peace and harmony in their governance system. The city state of Madinah belonged to a diverse population in terms of religion, caste, creed and culture. It was a miracle that the genertaions of “period of ignorance” learnt to live in peace. Moreover, during the Conquest of Makkah at the time of the Holy Prophet (S.A.W.W), in the 8th year after Migration, it was announced as ‘Yaumul Marhamah’ (Day of Mercy) for the non-believers. Such was the exemplary gesture of the Prophet Muhammad (S.A.W.W) towards those who physically and mentally tortured him. Yet centuries later, an act of brutal violence, witnessed by many, became a debatable issue.

Furthermore, in the Caliphate Period, rulers like Hazrat Umer Farooq (R.A) and Hazrat Usman (R.A) established peace and protection for religious minorities as citizens of Islamic empire. Every individual’s needs were met and honored irrespective of the question of faith. While the Abbasid Caliphate progressed as the golden time period of Islam, the concept of a pluralistic society was observed to be coexisting, as the right of freedom to practice and propagate religion was secured. In this regard, trials of justice were also held by the judicial systems. The manifestation of peace, safety and protection as citizens of Pakistan should be implemented to all religious groups, beyond bigotry, taking in the model of Islamic empire as a whole itself.

History leaves an important lesson for all of us to learn that it was always Islam that saved us from any oddities of life; not Muslims who have ever saved Islam. Islam being complete code of life is the real saviour of humanity in all complexities of individual’s life and that of the civil society. So, it has inherent characteristics of making peace, progress and prosperity. The problem lies in some of the half-hearted and hard-hearted followers who misinterpret the love and peace narratives of Islam just for their petty benefits.

The Muslims who are snatching the rights of minorities are going against the true spirit of Islam and the Constitution of Pakistan. We must keep this aspect in mind that whenever the fundamental rights of minorities are subjugated, it is not the Islam that is problematic rather it is the orthodoxy of bigots that deteriorate the image of religion. Such orthodoxy should always be condemned at mass level for the sake of dignity of humanity.