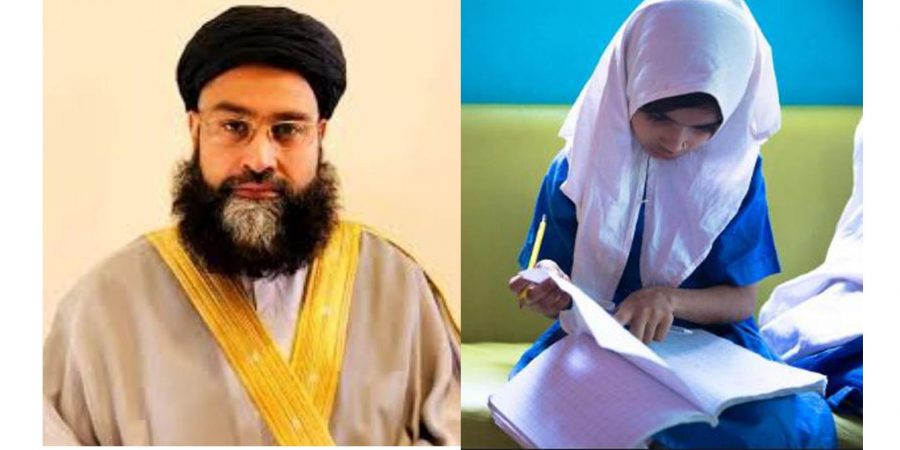 ‘Islam is protector of women rights’, Ulemas-Mashaikh announce to support PM Imran khan to make Pakistan on the pattern of state of Medina

ISLAMABAD, MAR 8 – Religious scholars and leadership of different religious schools of thought said that Islam is protector of women’s rights and advocated stern action against all those elements responsible for underage marriages and depriving girls from their rights of  education.
Addressing at ‘Pakistan Stability Ulemas- Mashayakh Convention’ which held here on Monday in aegis of Pakistan Ulema Council, the clerics said that Islam and teachings of Quran-o-Sunnah commands for girls education and there is no space for undrrage marriages in Islamic Shariah.
Islam does not allow forceful conversions, said clerics.
The clerics and religious scholars also pledged to support and endorse Prime Minister Imran khan to make Pakistan a state on the pattern of Medina Munawara.
Hafiz Muhammad Tahir Mahmood Ashrafi, Chairman Pakistan Ulema Council, Special Aide to Prime Minister on Religious Harmony and Middle East chaired the Pakistan Stability Ulemas-Mashaykh Convention.
The religious scholars speaking with the convention said that registration process of seminaries will be completed ahead of new academic year for seminaries. They said that establishment of new examination boards for seminaries will strengthen the Madaris.
The clerics also demanded of Chief Election Commissioner to stop the use of money in elections.
Addressing the Pakistan Stability Ulema-Mashaikh Convention, the clerics said that Islam and teachings of Quran-o-Sunnah have stressed on education for girls and underage marriages are not permissible in Islam.
Among keynote religious scholars present at Ulemas-Mashaikh convention include
Maulana Tahir Aqeel Awan, Maulana Muhammad Aslam Siddiqui, Qari Aqeel-ur-Rehman Zubair, Maulana Tanveer Chauhan, Qari Mohabbat Ali Qasmi, Maulana Abdul Rauf Dogar, Rao Muhammad Tufail, Qari Mubashir Rahimi, Maulana Nigah Mustafa Chishti, Maulana Abdullah Saeed Hashmi Maulana Muhammad Saleem, Maulana Abbas Elahi Zaheer, Father Pervez Shali, Pir Abdul Waheed Dogar, Qari Ahmad Ali Nadeem, Qari Waqar Usmani and others also addressed the convention.
The clerics said that anti-Pakistan forces wanted to create chaos in Pakistan.
Ulemas-Mashaikh with unity will foil all such conspiracies and would thwart all such bids for stability of the country.
Among the purposes of the arrival of the Holy Prophet, one was to give honor and dignity to women,said clerics adding that Islam is protector of the rights of women.
The clerics said that the strict punishments should be imposed on all those who obstruct the education of girls and hold underage marriages of girls.
Hafiz Muhammad Tahir Mehmood Ashrafi,
Chairman Pakistan Ulema Council and Special Representative to the Prime Minister for Interfaith Harmony and Middle East speaking with the convention said that the dream of making Pakistan a state on the pattern of Media  belongs to Allama Iqbal and Quaid-e-Azam, which will be fulfilled.
He called upon the opposition to work together for the eradication of usury, corruption, ignorance, extremism and terrorism.
He said that if Syedna Umar bin Khattab (R.A) could be questioned then why today’s politicians and scholars could not be questioned by any other person.
He said that registration process of  Madaris will be completed ahead of new academic year of seminaries.
He said that 3000 seminaries have so far registered with Ministry of Education adding that any change in curriculum of Madaris is not being made.
He said that the rights of minorities would be protected in all circumstances and no one would be allowed to make discrimination in the country.
He said that anyone should not be allowed in the country to insult the creed, faith and sanctity of others by following their own creed and belief.
Following the convention, while talking to media, Hafiz Muhammad Tahir Mahmood Ashrafi said that Imran Khan has the confidence of the people, and Prime Minister Imran Khan has become more stronger with the vote of confidence.
He said that leadership of all the  religious schools of thought will be approached to address their issues without any
discrimination.
PAKISTAN No Comments »