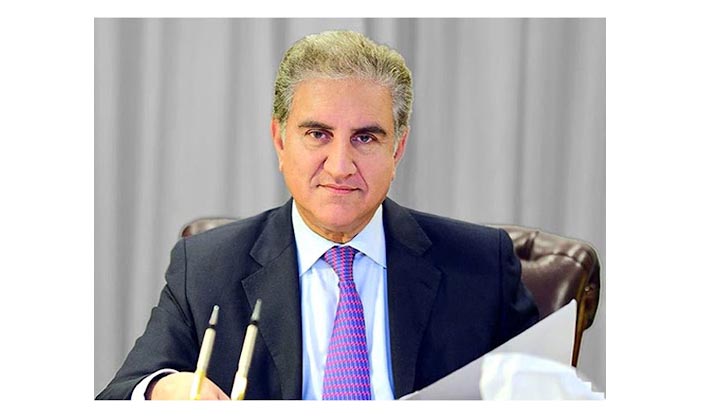 ISLAMABAD, OCT 12 /DNA/ – Foreign Minister Shah Mahmood Qureshi addressed the 6th Ministerial Meeting of the Conference on Interaction and Confidence Building Measures in Asia (CICA) through a video statement. The meeting was hosted by the current CICA Chair, Kazakhstan, in Nur-Sultan on 11-12 October 2021.

The Foreign Minister lauded CICA’s role in providing an invaluable platform for promoting peace, security and development on the Asian continent through dialogue and cooperation. He reaffirmed Pakistan’s commitment to the CICA process and the concept of common, comprehensive, cooperative and sustainable security in Asia.

Noting the negative impact of four decades of war and conflict in Afghanistan, the Foreign Minister called upon the international community to support the Afghan people in their quest for peace, stability and development at the critical juncture in their history.

The Foreign Minister underscored that sustainable peace in South Asia would remain elusive until and unless the core dispute of Jammu and Kashmir is resolved in accordance with the resolutions of the UN Security Council and the wishes of the Kashmiri people.

The Foreign Minister also called for a just and lasting settlement of the Palestinian question through the two-state solution in accordance with the relevant United Nations resolutions, with the pre-1967 borders and Al-Quds Al-Sharif as the capital of a viable, independent and contiguous Palestinian State.

Noting Pakistan’s conscious shift towards prioritising economic security in order to promote its socio-economic agenda, the Foreign Minister emphasized the importance of forging development partnerships and enhancing regional connectivity. He highlighted the need to bring the Asian continent at par with other, more integrated regions, of the world for mutually beneficial trade, economic and people-to-people linkages.

Pakistan is a founding member of CICA which is a multi-national forum aimed at enhancing cooperation and confidence-building among its 27 member states to promote peace, security, stability and prosperity in Asia.