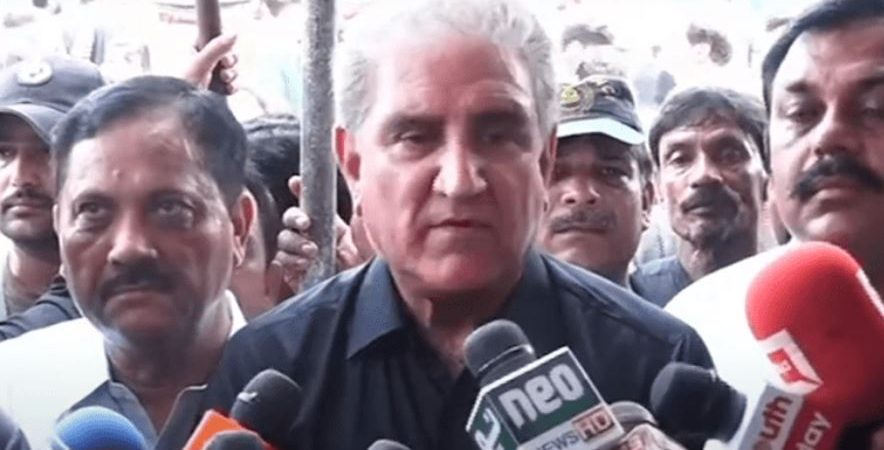 MULTAN: PTI Vice Chairman and former foreign minister Shah Mahmood Qureshi on Monday defended his decision to field his daughter Meher Bano Qureshi as a candidate for the by-election in NA-157, saying he would not have done so if they party had a “better candidate” to compete against PPP’s Ali Musa Gilani.

The by-polls in NA-157 Multan, PP-139 Sheikhupura and PP-241 Bahawalnagar will be held on Sept 11. More than 18 candidates, including Meher Bano, former prime minister and Senator Yusuf Raza Gilani’s son Musa Gilani and Saifur Rahman Qureshi, have submitted their nomination papers for the NA-157 by-poll.

The constituency is considered the former foreign minister’s stronghold. Musa Gilani also won the seat in the 2012 by-election.

“I did not take this step willingly. We made this difficult decision in pursuance of the vision of Imran Khan,” Qureshi said on Monday while speaking to reporters in Multan.

The ex-foreign minister remarked that his daughter was an educated girl, adding she that she was involved in the field of journalism. “She can present her case properly,” he said, adding that Meher Bano would also take part in canvassing.

Qureshi said that the nation’s daughters have to play their role in times of crisis. “Women make up half of our population,” he noted, adding that they played an equally important role in the national mainstream.

Qureshi said he would apprise party leaders of the situation, adding that “all leaders will back the narrative of Imran Khan and respect the party ticket”.

In response to a question, Qureshi said the PTI would hold Aug 14 rally at another venue if permission was not granted for the Parade Ground.

NA-157 was vacated by Qureshi’s son, Zain Qureshi, who contested Punjab Assembly’s PP-217 as a MPA and defeated the PML-N’s candidate, Salman Naeem, in the recently held by-election.