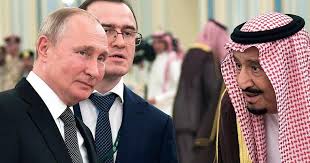 On 14th October 2019, President of the Russian Federation H.E. Vladimir Putin during an official visit to the capital of Saudi Arabia, Riyadh presented King Salman bin Abdul-Aziz Al Saud, the King of Saudi Arabia with a Red Book Falcon named “Alfa” grown in Issyk-Kul Region of the Kyrgyz Republic.
The falcon was grown in the Russian-Kyrgyz Center Muras, based in the Tyup district of the Issyk-Kul region, Kyrgyzstan. In 2016, a pilot project was launched in the Issyk-Kul region, the Russian-Kyrgyz falcon center“ Muras ”was created. The aim of the project was to save the biodiversity of the Red Book falcons. “The territory in the Tyup district of Issyk-Kul region was chosen because it corresponds to the habitat of these birds: mountains, coolness, there is no heat in summer. We created a nursery together and applied new technologies. The most important thing we needed to achieve was to replace the person in the kennels with “parents”, so that the “parents” trained falcons, and they were close to wild conditions. They all took root, and we have already received 63 chicks,” the Director of the Russian-Kyrgyz Center said.
“We have a very good pair hatched, which became champions in falconry speed competitions. Competitions are held annually in the United Arab Emirates. From them we received 4 chicks: two boys, two girls. H.E. Mr. Vladimir Putin presented the girl to the King of Saudi Arabia, H.E. Mr. Vladimir Putin will give the second girl to the President of the United Arab Emirates.