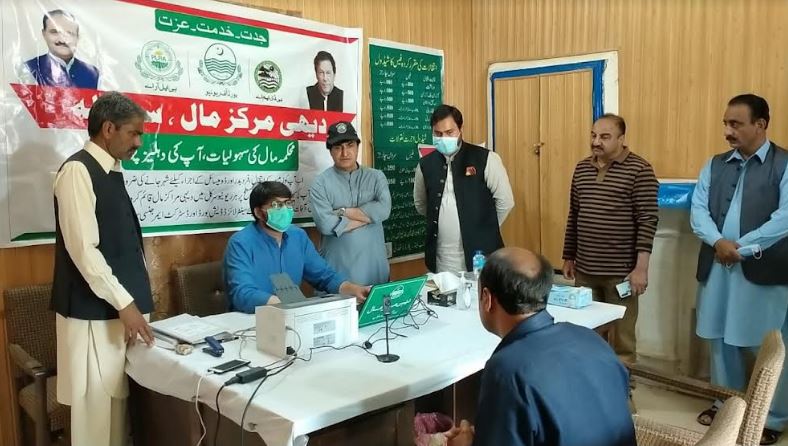 During his visit to the Deputy Commissioner’s Office, Commissioner
Rawalpindi visited various departments. Deputy Commissioner Attock
briefed him about the sectors. During the visit to District Emergency
Operations Center, Commissioner Rawalpindi was informed that this
center has been set up under the supervision of PDMA Punjab. From
where natural disasters and festivals will be monitored throughout the
district and control rooms will be set up.

Commissioner Rwp Noor ul Amin Mengal also visited Ehsas Kifalat Center
where the concerned officers briefed him about the details of the
beneficiaries of the center and also provided details about the
operation of Ehsas Kifalat Center. While giving a briefing at
Government Asfandyar Bukhari District Hospital, MS Dr. Jawad Elahi
apprised the Commissioner Rawalpindi about the administrative matters
and construction work of the hospital. During a visit to Mother and
Child Care Hospital, Commissioner Rawalpindi was informed that this
hospital is being prepared at a cost of billions of rupees. Which will
be completed by February next year. He was informed that some time ago
the Prime Minister of Pakistan Imran Khan along with Punjab Chief
Minister Sardar Usman Ahmed Khan Bazdar laid the foundation stone.

The Commissioner also inspected the ongoing development work on Haji
Shah Road. Giving a briefing on the occasion, Exien Highway Iftikhar
Ahmed told him that the length of this road is 9.80 km. It will cost
Rs 906.693 million and will be completed in two years. In the rural
center On the occasion of L Sarwala’s visit, the Commissioner  was
informed that all the facilities related to revenue were being
provided to the people at the doorsteps of their homes in minimum
time.