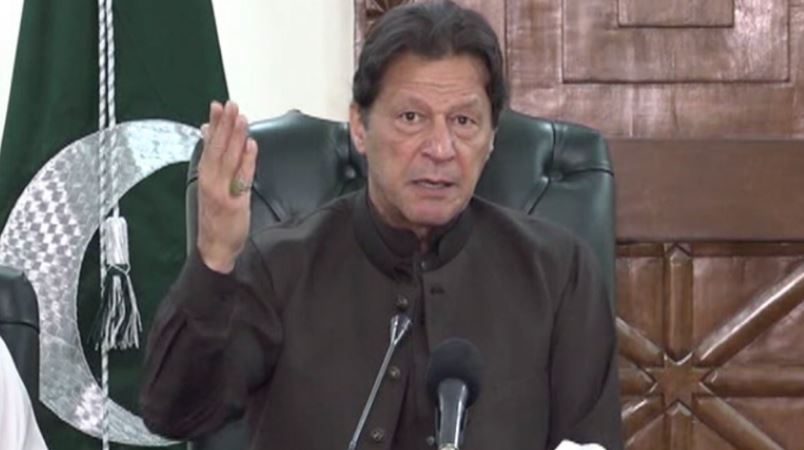 Peshawar, MAY 28: PTI Chairman Imran Khan on Saturday said his party will move the supreme and high courts regarding the “violence” inflicted on the PTI workers and supporters by the government during its recent Azadi March to Islamabad.

Addressing a press conference in Peshawar, Imran recalled the tear-gas shelling and other incidents of heavy handed tactics allegedly used during the march, which ended in abrupt fashion on Thursday after an intense buildup all through the previous day. He said the use of violence against his party’s “peaceful protest” will be raised in front of international human rights organisations as well.

“We are taking the petition in the Supreme Court on Monday and asking whether or not a peaceful protest in this country is a right of a democratic party. Tell us clearly if this harassment would continue if we stage a peaceful protest,” he said.

The PTI chairman lashed out at the government for its measures to clamp down on the Azadi March and the use of police to quell the people. “We have information that they set fire to trees … to frame us,” he added.

Apart from approaching the apex court, Imran said cases will also be registered against Lahore Deputy Inspector General of Police (Operations) Sohail Chaudhry and Islamabad Inspector General of Police Dr Akbar Nasir Khan. “We have to write down the names of police officers, register cases against them and will also share their names and faces on social media,” he added.

Imran said the matter would be a “test for democracy”, and the judiciary as well. “Will we sit down quietly if you close the doors of peaceful protest?” he questioned.

Addressing the institutions, Imran claimed the country was heading towards destruction and it was the responsibility of the entire nation to prevent it. “If it continues this way then all those who allowed such corrupt criminals and convicts [to come to power] will be responsible ,” he added.

The PTI chairman claimed the courts had always “given favour and benefits” to the Sharif family in the cases against them.

He lashed out at the government for its economic performance since coming to power and highlighted the slide of the rupee and stock market.

Imran also blasted the government for increasing the prices of petroleum products and its decision to not pursue a deal with Russia to procure cheaper oil and gas.

The PTI chairman also explained his decision to end the Azadi March, saying that he did so because of the “anger in our people”. He said he feared the anger would spill over into bloodshed and that it was never his aim to enable violence and instability.

He claimed that hate for the police, rangers and institutions was increasing among the people.

Imran said new elections were his “number one priority” and discussions on other issues could be held once the matter of elections was on the table. “I’m ready for every kind of negotiation leading up to fair and transparent elections.”

The PTI chairman said the party had learned many lessons from the Azadi March, had developed contingencies to counter the government’s heavy handed measure and would be better prepared next time.

Imran said he had issued directions to the PTI leadership to go to their constituencies and start preparations from today for the party’s next march, claiming that a record numbers of people would turn up this time.

“We have decided today, we have analysed and we have began all our preparations, I will announce when we are coming to Islamabad [again]. This time we will come with preparations.”

Imran also said the PTI would legally challenge the government’s move to “revoke voting rights for overseas Pakistanis” and its changes to the National Accountability Bureau laws.

« Turkish food and culture promoted in South Africa as part of Turkish cuisine week (Previous News)
(Next News) No negotiations with Imran amid threats, dictation: Marriyum »