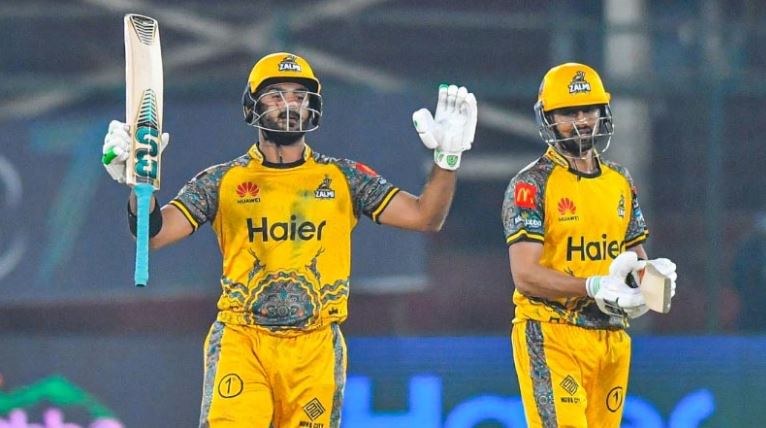 Chasing 191, the 39-year-old scored unbeaten 48 off just 32 deliveries to guide the team to a five-wicket win at the National Stadium in Karachi on Friday.

He was well supported by all-rounder Husain Talat, who scored a magnificent 52 off 29 deliveries.

Apart from them, the pair of debutant Yasir Khan and Tom Kohler-Cadmore provided the side a flying start. In just 3.3 overs, they posted 43 on the scoreboard.

Yasir lost his wicket after scoring 12-ball 30, which included four boundaries and two maximums. He was removed by Mohammad Nawaz, who ended up with the figures of three for 44 in his four-over spell.

Earlier, after being asked to bat, Sarfaraz Ahmed-led side posted a mammoth 191-run target on the scoreboard courtesy of a 155-run opening stand, the highest-ever for the team in the tournament’s history.

Ahsan Ali and Will Smeed smashed the Zalmi bowling attack all around the park, while insult to injury was miss fielding and dropped catches.

Ali departed after scoring 73 off 46 deliveries, which includes eight fours and three sixes. Meanwhile, Smeed was unlucky to complete his maiden T20 ton as he was out on the last ball of the innings on 97.

Usman Qadir and Sameen Gul shared two wickets each for the winning side.