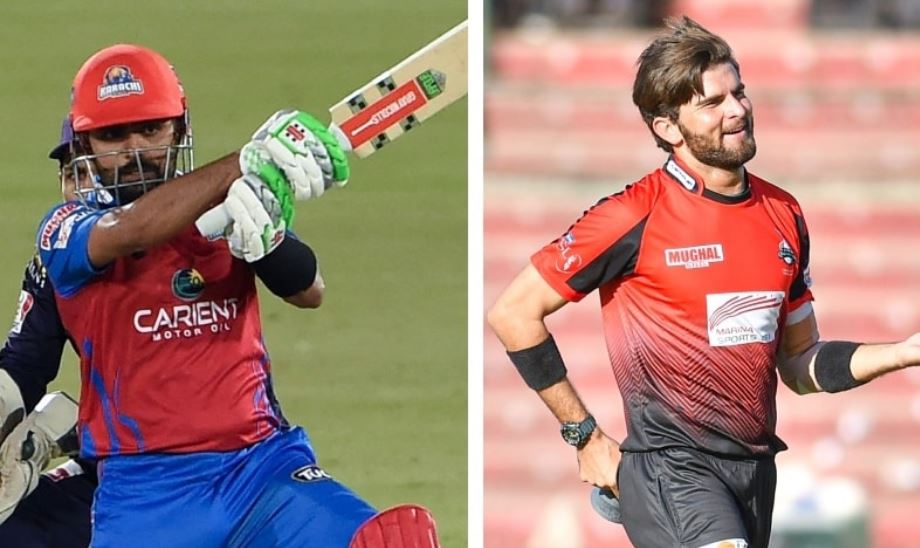 LAHORE, JAN 30: Lahore Qalandars were supposed to be the kings of poor starts in Pakistan Super League (PSL), but what Karachi Kings are doing right now is abysmal even from those lowly standards.

We’re months away from peak Karachi summer, yet the Kings’ middle-order melts as if it’s June already. It doesn’t even take a lot these days. A million-year-old Imran Tahir can tailspin them into chaos and even a baby-faced Naseem Shah can make them fall like a house of cards.

For opposition bowlers, the plan is simple: just hold the ball, give them the eyes and the Kings’ middle-order pretty much does the job itself.

They have Babar, but what can one man do when the rest of his teammates are hell-bent on throwing away their wickets? And even Babar has not been the Babar we know: 23 off 29 and 32 off 29 aren’t what you expect from arguably the best T20 batsman in the world.

Their batting performances have been so woeful that they have shifted attention off their bowling unit, which was supposed to be the weak link due to Mohammad Amir’s injury absence.

None of their batters have wrapped themselves in glory and each and everyone needs to improve.

But the greatest push needs to come from the middle quartet of Joe Clarke, Tom Lammonby, Mohammad Nabi and Lewis Gregory — all overseas players.

It’s clear to see who’s betraying the Kings. It’s their prized foreigners, especially their English contingent whom they recruited with such thought and care.

Mohammad Amir has missed Karachi’s first two games so the fans will be hoping that he comes back tonight. But last we checked, his participation was still 50/50.

His return is much-anticipated not just by Karachi fans, but also for masala lovers wanting to see him battle old rival Mohammad Hafeez one more time before the former descends into oblivion — possibly due to waning powers — and the latter into retirement — certainly due to advancing years.

Lahore, on the other hand, will still be slapping themselves to check if what Multan Sultans did to them in their opener was real or just a nightmare.

In that game, everything was going swimmingly for notoriously poor starters Lahore against Multan, with Fakhar Zaman scaring and scarring all bowlers who dared to face him.

A bulk of their 206 runs were scored by Zaman, Abdullah Shafique, Kamran Ghulam and Mohammad Hafeez — all locals — which made the feat even more impressive.

The Manchester United-style “this will be our year” proverbial banners had been unfurled by their fans, who were certain that surely two points were now in the bag as who would have the audacity to come close to that total when they have Shaheen Afridi and Haris Rauf in their line-up.

After all, Matthew Wade is still thousands of kilometres away in Australia.

But the Multan batters were more along the lines of “anything you can do, we can do with two balls and five wickets to spare”.

Their captain/opener/talisman/fan-favourite Mohammad Rizwan, aka man with the Midas touch, scored 69.

But his score wasn’t even the most impressive knock as he was, for once, overshadowed by Shan Masood (83 off 50).

Shaheen conceded 40 but at least picked up three wickets, while Rauf was bled for 46 and found just one scalp as it became evident to Lahore fans that a star-studded pace unit is no guarantee that a big total can be defended on a National Stadium Karachi (NSK) deck that’s oozing with runs for everyone.

Except Karachi, of course.

Karachi and Lahore split their two matches last season, with the Qalanders winning the first one in Karachi and the Kings evening up the score in Abu Dhabi.

Overall, they have played 13 matches against each other, with Karachi winning eight and Lahore winning five. This seems like an excellent opportunity for Lahore to inch closer towards parity.

Mind says Karachi, while the heart does not have a horse in the race to say anything at all.

That said, Karachi probably brings the most eyeballs to the table and if their team starts drifting towards the exit door already, it would take some shine off the tournament.

But then again, the same argument can be made regarding Lahore so we’d just stick to what the mind is saying, and it’s saying Lahore.