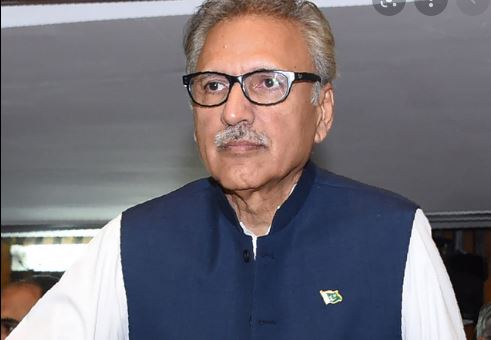 ISLAMABAD: President Arif Alvi while upholding the decisions of Federal Tax Ombudsman regarding maladministration of FBR officials in processing refund cases has directed the FBR to implement FTO ‘s recommendations  . The departmental plea regarding bar on jurisdiction of FTO  in such cases has also been set aside by the president .He has directed The commissioner –IR , Commission  West ZONE ISLAMABAD  and commissioner I-R Enforcement 11- CTO  Karachi  their orders by exercising powers conferred U/S 122 A ,as per law : and report compliance within 30 days .

In all three cases the background of the case was similar as under:

In the first case: pertaining to sahiwal against order framed under section 170(4) of the income Tax Ordinance, 2001 (the ordinance) for tax year 2018 by commissioner.I.R Sahiwal Mr Nazir Ahmad Proprietor of  M/s Bilal Commission Shop. He filed a  complaint before the Federal Tax Ombudsman against failure to dispose of refund application  for tax year 2018 which was disposed of vide findings with the recommendations that  FBR may direct the commissioner –IR, Sahiwal  Zone to complete the verification and settle complainants refunds for tax years 2018,after providing him opportunity of hearing as per law.

In the second Case  an individual filed return of income for tax year 2020 under section 114(1) of the ordinance claiming refund amounting to Rs 0.188 million  and e-filed refund application for tax year 2020 .He contended that the department  issued notice under section 170(4) of the ordinance for functioning supporting evidence .Although  avery short time was allowed but he made compliance whereas the unit officer without considering reply of the complainant passed the impugned order,in terms of section 170(4) of the ordinance whereby by the refund application was rejected .he therefore took up the matter with the Federal Tax Ombudsman by filing complaint under section.

“It is an admitted position that the complaint e-filed refund application for tax year 2020 .evidently, the unit officer issued notice ,under section 170(4) of the ordinance  requiring the complainant to submit supporting evidence .although the notice issued was in contravention of the FBR’S  circular ,observed  from perusal of the impugned order reflects that what to talk of providing statutory opportunity of impugned order  passed under section 170 (4) of the ordinance.

Mr .yousuf irshad hussain,(the complainant) a propertie cocern,filed returns of income  for tax years 2016 to 2019 under section 114 (1) of the income tax ordinance ,2001  the ordiance claiming  refund amounting to rs 0.051 million ,Rs 0.048 million ,Rs 0.063 million and Rs 0.063 million and Rs 0.072 million. He e-filed refund applications for tax years 2016 and 2019 along with evidence of tax deduction .however, despite his persistent efforts the zonal CIR failed to serve on the complainant orders in writing of the decisions in terms of section 170(4) of the ordinance within the stipulated time .he therefore took up the matter with Hon’ble FTO  by filing complaint under section 10(1) of the FTO ordinance.