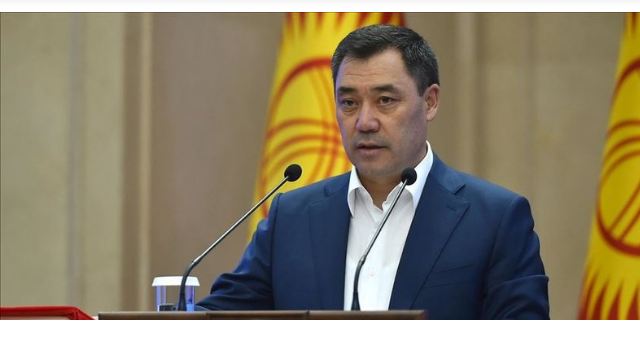 About half a year after a controversial constitutional amendment, the president of the republic of Kyrgyzstan, Sadyr Zhaparov, has dismissed the government.

The head of state signed a decree to this effect, a statement by the presidential office said on Tuesday.

The 52-year-old had led the mountainous country on the border with China from a parliamentary to a presidential republic by referendum in April.

The new constitution has also increased Zhaparov’s powers: For example, he can now decide on the composition of the government in the ex-Soviet republic. Previously, its members were appointed by parliament.

Even before the referendum, human rights activists warned that authoritarian structures in crisis-ridden Kyrgyzstan would be re-established.

The region in Central Asia is characterized by authoritarian presidential systems. Impoverished Kyrgyzstan, on the other hand, was the only country to transform itself into a republic with a strong parliament after several revolutions 10 years ago.

Zhaparov, who had been convicted of hostage-taking, was freed from prison about a year ago, took over as head of government, pushed head of state Sooronbay Jeenbekov out of office and had himself appointed president after a controversial election in January.