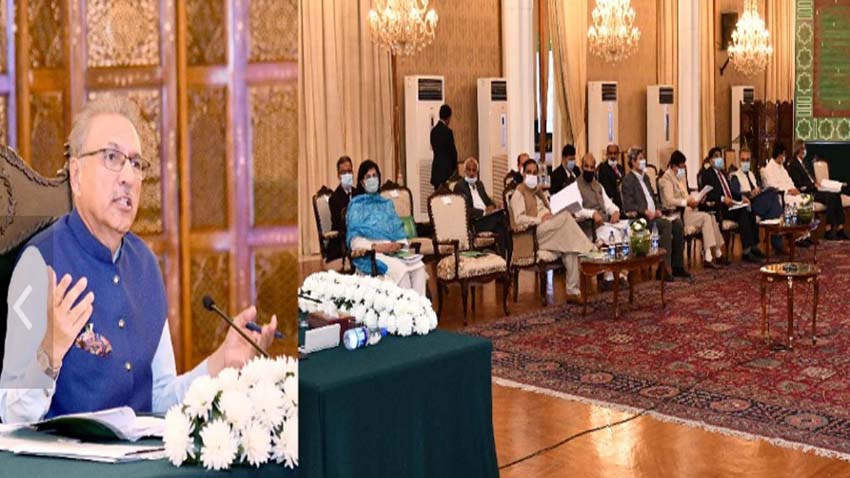 ISLAMABAD: President Dr. Arif Alvi has called for special efforts to arrange national and international finances for promoting family planning and checking the growing population of the country.

Chairing the 4th meeting of the Federal Task Force on Alarming Population Growth in Pakistan in Islamabad today (Wednesday), he emphasised the need for holding donors’ conference on population to help the Government in stemming the rising tide of population.

The President highlighted that rapidly growing population had direct negative impacts on climate change, environment and was putting tremendous pressure on the natural and economic resources of the country.

He said Ulema and media have played exceptional role in creating awareness against COVID-19, adding that they could also play an instrumental role in educating the people about the implications of burgeoning population in their Friday sermons and talk shows.

He advised the provincial governments to adopt an integrated approach and share their expertise, research and experiences with each other to stem the tide of rising population.

On the occasion, Minister for Religious Affairs, Pir Noor-ul-Haq Qadri, informed that rapidly growing population was the greatest challenge facing the country and it could only be overcome with the active support of Ulema, media and civil society. He assured that Ulema would extend their support to sensitize the people about the alarming population growth.

Ministry of Ministry of National Health Services Regulations and Coordination gave a detailed presentation on the population planning’s strategy.

The provincial representatives, including Azad Jammu and Kashmir, briefed the meeting about the measures taken by their respective governments for promoting family planning services.