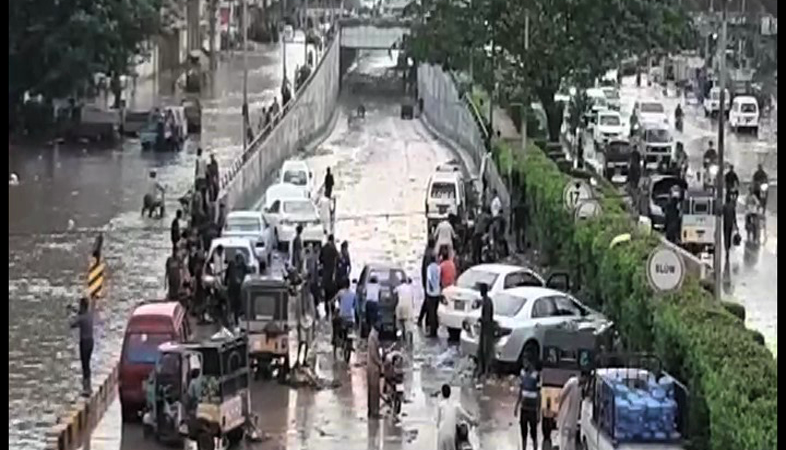 According to details, the ongoing rain has tripped feeders of K-Electric creating immense difficulties for the residents while it has also badly disrupted traffic on the roads.

The low-lying areas including Korangi, Defence, Malir, Model Colony and Gulshan Iqbal were inundated with the rainwater.

Meanwhile, at least nine children were injured as roof of a madrassa caved in due to rain and thunderstorm in Baldia Yousaf Goth area.

The teams arrived at the scene and shifted the victims to civil hospital for medical assistance.