PNCA all set to celebrate Balochistan Cultural Day on March 2 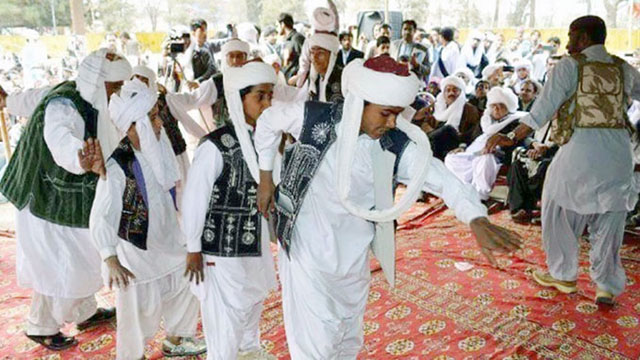 ISLAMABAD, Feb 28  : Pakistan National Council of the Arts (PNCA) will hold Balochistan Cultural day to celebrate the beautiful,rich customs and traditions of the province on March 2.

A mega musical event will be held which will be featuring renowned artists and musicians including Kehkashan and Banur band to enthrall the audience with their performances.

The day will also include special dance performances of Attan and Chaap by 50 performers in a group form.

An official of PNCA informed that, beautiful culture of Balochistan will be highlighted through embroidery, dresses, music and food, which is typically a rare find in Islamabad.

Balochi musicians will mesmerize the audience with their melodious voices and Baloch people, especially the youth and women will participate in the programme to show their love and affection for their culture and traditions.                           .

He said that all nations protect their cultures, customs, values and historical heritage and celebrating this day was aimed at making efforts to keep intact all customs, traditions, cultures and unique life styles of all people living in the province.