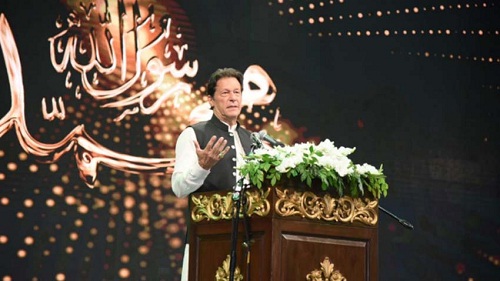 Islamabad :  Prime Minister Imran Khan has vowed to continue his struggle for turning Pakistan into a welfare state on the model of Riyasat Madina.

The Prime Minister said we can rise as a nation by following the guiding principles of Prophet Muhammad (PBUH).

He said Rahmatul lil Aalameen Authority was formed to make youth familiar about the life and teachings of Prophet Muhammad (PBUH).

The Prime Minister said our struggle is for justice and creating a society where right prevails and poor receives justice.

He assured that people would be provided subsidy on food items, loans for houses and opening of businesses. He said health cards of citizens would take care of their medical needs.