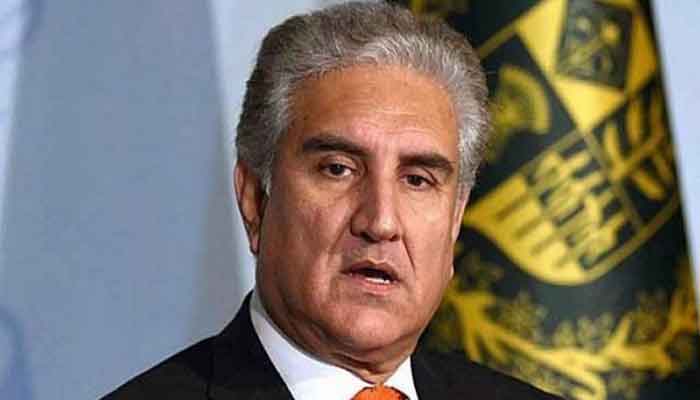 ISLAMABAD: Pakistan has summoned French envoy to register protest over the anti-Islam campaign a day after Prime Minister Imran Khan denounced French President Emmanuel Macron for hurting sentiments of Muslims around the world.

Foreign Minister Shah Mehmood Qureshi told Geo Pakistan that it was time to make a collective decision on the matter as he referenced ban on the denial of Holocaust by Israel and 16 European countries.

The foreign minister said he will take up the issue in the Organization of Islamic Corporation (OIC) and propose declaring March 15 a “Day of Solidarity” to honour the 2019 Christchurch attack in New Zealand.

Qureshi’s comments follow a statement by the Foreign Office ringing alarm “at highly disturbing statements by certain politicians justifying such heinous acts under the garb of freedom of expression and equating Islam with terrorism, for narrow electoral and political gains.”

French President Emmanuel Macron is being criticised with protests breaking out in several cities across the world after he accused Muslims of separatism and vowed not to give up on blasphemous caricatures.

His comments came in response to the beheading of a teacher, Samuel Paty, a 47-year-old teacher, who was attacked on his way home from the junior high school where he taught in Conflans-Sainte-Honorine, 40 kilometres northwest of Paris. The teacher had shown cartoons disrespecting the Holy Prophet Muhammad (PBUH), according to media reports.

“The dissemination of racist ideas, defamation and ridiculing of other religions, denigration of religious personalities, hate speech, and incitement to violence are not allowed expressions of this fundamental freedom,” the FO statement stressed.

It highlighted that such “illegal and Islamophobic acts” only lead to the fanning of hatred between people of different faiths and create “hostility and confrontation”. The statement said that this, in turn, becomes “the very basis of horrendous terrorist acts like Christ Church, thereby imperilling the future prospects of peace and harmony among civilizations”.

Pakistan also called into question the “double standards” shown when there are anti-blasphemy and criminal laws for “sensitive issues such as the denial of Holocaust” but then justification is sought to be provided “by a few politicians in some Western countries” when it comes to insulting sentiments of Muslims.

“Such justifications seriously erode their human rights credentials,” the statement noted. “Pakistan has always supported and continues to lead international efforts for combating intolerance, discrimination and violence on the basis of religion or belief.”

Prime Minister Imran Khan has also condemned Macron, saying that the French president “attacked Islam” by encouraging the display of the blasphemous caricatures.

He said Macron could have shown a “healing touch” to deny space to extremists but had instead “chosen to encourage Islamophobia by attacking Islam rather than the terrorists who carry out violence, be it Muslims, White Supremacists or Nazi ideologists”.

Meanwhile, France recalled its ambassador to Ankara after Turkish President Tayyip Erdogan said his counterpart Emmanuel Macron needed mental help over his attitude towards Muslims. Erdogan had also said on October 6 that Macron’s comments on were “a clear provocation” and showed “impertinence”.