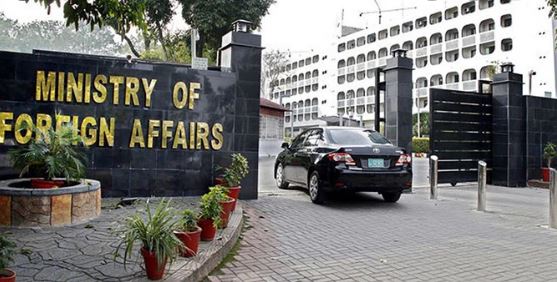 ISLAMABAD, MAR 18 /DNA/ – Pakistan categorically rejects the unwarranted and gratuitous remarks made by Indian Home Minister AmitShah, during a recent event, questioning the partition and location of Kartarpur Sahib in Pakistan. Pakistan also reiterates its serious concern over the BJP leadership increasing tendency of dragging Pakistan into its domestic affairs.

It is deeply regrettable that distortion of historical facts has become the hallmark of the BJP government along with its ideological fountainhead RSS. The resort to such delusional thinking by the Indian leadership has been strikingly frequent over the last couple of months in the wake of the elections in several states in India. Recently, the Indian Prime Minister also made similar remarks questioning well-established historical facts.

Clearly, such denial mentality or revisionism can neither change historical facts nor the established realities. It is also worth remembering that it was Pakistan which had brought to fruition the idea of Gurdwara Darbar Sahib Kartarpur Corridor, while India kept dragging its feet, and completed the project in record time as a gift to the Sikh community in India and worldwide.  The Indian government would be best served if it sheds obsession about Pakistan and not divert attention of the international community from the issues of rapid marginalization and stigmatization of minorities, especially Muslims and egregious human rights violations and brutal military siege of innocent Kashmiris in Indian Illegally Occupied Jammu and Kashmir (IIJOK).

« Pakistan, Germany vow to work together for peace, security in Afghanistan (Previous News)
(Next News) U.S Embassy Partners with PUAN and NUST for Expert Training on Air Quality »