Pakistan must foster strong economic ties with US and EU: Shabbar Zaidi 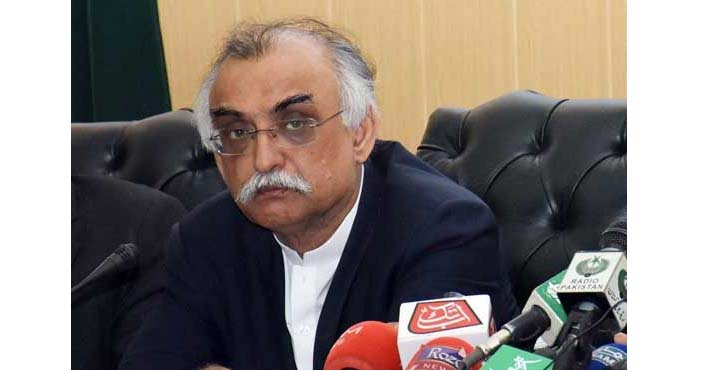 KARACHI, MAR 13 /DNA/ – A seminar on “State of Pakistan’s Economy: Present and Future” was held on Saturday evening at the Institute of Business Management (IoBM), Karachi. It was jointly organized by the Pakistan Council on Foreign Relations (PCFR) and IoBM. The speakers included Pakistan’s noted economist, Dr. Kaiser Bengali, and former FBR Chairman, Mr. Shabbar Zaidi. Veteran diplomats and former ambassadors were also present along with IoBM’s management, faculty, and students.
During his Welcome Address, Mr. Talib Karim, President, IoBM, remarked Pakistan’s economic future is a huge concern for the nation.  He added that somehow, we continuously find ourselves entangled in various economic issues. He expressed the dire need for the resolution of such predicaments.
Ambassador Shahid Amin, Chairman, PCFR, shared that the external factors including the Ukraine crisis and its impact on oil prices are affecting our internal situation. He reminisced how Pakistan’s economic situation was seen as the best, nearly four decades ago. He mentioned that we must identify the shortcomings, clarify our economic problems and address each one in a non-partisan manner.
Dr. Kaiser Bengali shared that a major amount of our tax revenue is used for debt servicing and defence. He added that nearly a quarter of our import bill is oil. There are seven categories of oil that the country consumes and of these, two account for two-thirds of oil consumption, i.e., diesel and furnace oil. On the other hand, the railway uses one-third less fuel per kilometre, hence the use of railway will reduce 18% of oil consumption. He suggested to disband National Logistics Cell (NLC) and rehabilitate railways. All transport entities make revenue from cargo and subsidized passenger service and the same should be the case for railway. He called for the creation of a holding company comprising railways and NLC to integrate rail and road. He suggested to pursue indigenous power production and ban all non-consumer imports. Dr. Bengali recommended that three industries, i.e., paper, sugar, and automobile should be banned. He was confident that effective policies can reduce employment and poverty rate to a single digit in a decade.   Mr. Shabbar Zaidi presented an overview of Pakistan’s economy from 1947 to 2022. He commented that Pakistan did not learn lessons from the 1971 debacle and in the succeeding years, there was no serious dialogue on the real economy. While presenting solutions to strengthen Pakistan’s economy, he suggested better economic management, empower local governments, debt restructuring, re-examination of conventional defence expenditure and strong economic relations with the US and the EU. Ambassador Syed Hasan Habib presented a vote of thanks to the speakers, guests, and faculty members.
Mementos were presented to Mr. Shabbar Zaidi, Dr. Kaiser Bengali and Ambassador Shahid Amin as a token of appreciation by PCFR and IoBM.