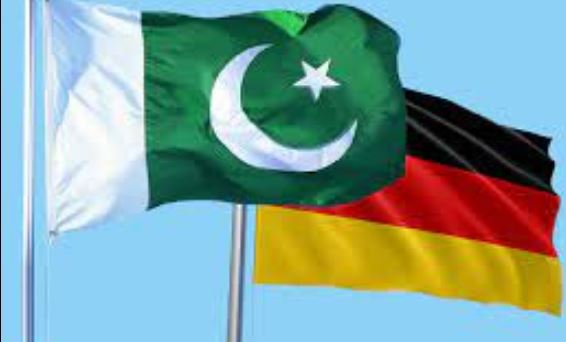 During the meeting, the two sides exchanged views on bilateral relations as well as regional issues. The Foreign Secretary stated that Germany was a valued, long-standing partner and Pakistan remained committed to further enhancing the bilateral relationship in all dimensions. In 2021, the two countries celebrated 70 years of establishment of diplomatic relations. He added that Pakistan enjoyed multi-faceted cooperation with Germany and was resolved to further deepen it, particularly in the areas of trade and investment, climate change and energy. The Foreign Secretary added that Pakistan valued Germany’s role as a development partner for over six decades.

The Foreign Secretary highlighted Pakistan’s shift to geo-economics. Noting that Germany was the largest trading partner of Pakistan within EU, he hoped that more German companies would take advantage of business friendly policies of the government. The Foreign Secretary also appreciated Germany’s steadfast support for GSP+ status to Pakistan.

During the exchange of views on regional situation, the Foreign Secretary hoped that a peaceful and stable Afghanistan would result in greater regional integration and connectivity. Pakistan was committed to supporting the international community’s efforts to strengthen peace and stability in Afghanistan. He emphasized the urgency to assist 40 million Afghan people in order to prevent a humanitarian crisis and economic meltdown.

The State Secretary appreciated Pakistan’s assistance in its evacuation operations from Afghanistan and hoped for Pakistan’s continued support in this regard.

Pakistan and Germany enjoy excellent relations bilaterally as well as in the context of the EU. Germany is an important trading and development partner, one of the largest investors in Pakistan, and has a sizable Pakistani Diaspora.