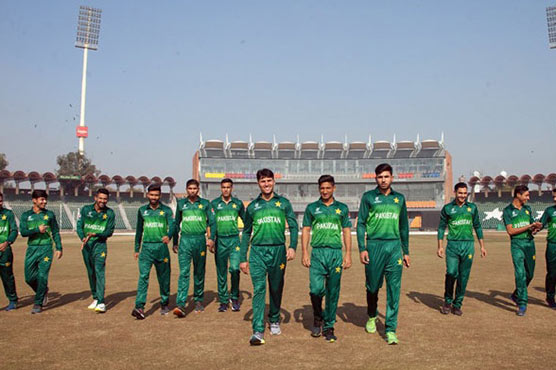 Pakistan, who won their second and last ICC U 19 Cricket World Cup 14 years ago, will launch their Group C campaign in the 2020 edition when they will take on Scotland in Potchefstroom, South Africa on Sunday (today).

They will then take on Zimbabwe and Bangladesh on 22 and 24 January, respectively.

If Pakistan tops Group C, they will take on runners-up from Group D in the third Super League quarter-final in Potchefstroom on 30 January.

In the scenario of Pakistan finishing runners-up in Group C, they will take on the winner of Group D in the last quarter-final on 31 January in Benoni, said the information made available here on Saturday by Pakistan Cricket Board.

The Super League semi-finals will be held on 4 and 6 February in Potchefstroom with the final on 9 February at the same venue.

Pakistan have returned to familiar territory for the most prestigious age-group competition. When they had toured South Africa in June-July last year as part of their event preparations, they had thumbed the hosts 7-0. In the two World Cup warm-up matches against Nigeria and Sri Lanka in Pretoria, Pakistan have recorded impressive nine-wicket and four-wicket victories, respectively.

To further supplement their recent record, Pakistan are the third most successful side in the history of the ICC U19 Cricket World Cup after India, who have won the event four times, and Australia, the three-time championship. Pakistan also have the third best success percentage of 71.62, after India (76.31) and Australia (76.05).

Pakistan is captained by the highly-rated Rohail Nazir, the wicketkeeper-batsman who scored a century on his first-class debut in the previous season. He had maintained his impressive form in the away series against South Africa and Sri Lanka, as well as with the Pakistan Emerging side in Bangladesh.

Looking ahead to the competition, Rohail Nazir said on the eve of the match: “We all are very excited as we have been preparing for this tournament for more than eight months. We are fully prepared to take on Scotland in our opener in less than 24 hours.

“Of course, there are a few butterflies in the stomach because it is such a massive event and opportunity for all of us, but I am sure we’ll settle down once we will step on to the field. I think this is where Ijaz Ahmed becomes so critical for our match preparations because he has seen and felt all this. His pep talks have already calmed down lots of nerves and we are completely focused, motivated and determined to perform strongly.

“We are an extremely fortunate bunch of cricketers who are about to taste international cricket. Apart from learning the rigours and demands of international cricket in an ICC-organised event, the World Cup will provide us the additional opportunity to meet cricketers from other sides and then build on those relationships for future.

“I firmly believe we are best prepared for the World Cup and have all the tools to produce the desired results. But we are not the only side which has come here fully prepared. I think all other 15 sides have arrived in South Africa firmly believing they can win the tournament.

“We all know stakes are high in this tournament and if we can achieve strong results, then we edge closer to our dreams of representing Pakistan at the highest level. At this level, this incentive is greater and bigger than anything and will shadow us in this tournament. 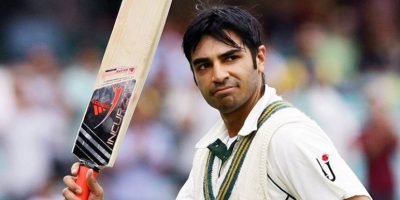 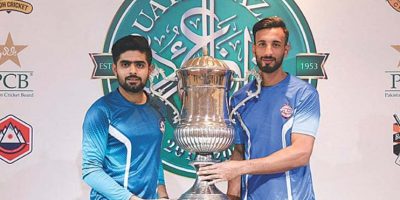