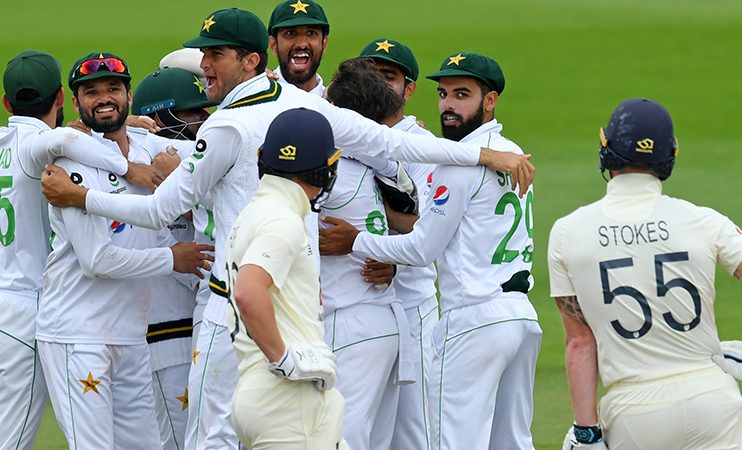 Southampton : Pakistan is eyeing a strong comeback in the second Test and level the series at The Rose Bowl after England faces a huge selection headache due to Ben Stokes’ unavailability for the rest of the series.

Pakistan lost the first Test after having an upper hand as they dominated the majority of the match till Jos Buttler and Chris Woakes posted a historic partnership for the sixth wicket allowing the hosts to get a 1-0 lead in the three-match series.

Stokes, who has been ruled out for family reasons and would shortly fly to New Zealand, might be replaced by middle-order batsman Zak Crawley who missed out on the last Tests while an extra bowler was drafted because of Stokes’ injury problems but he bowled in the second innings and picked two wickets too

England also wary Buttler’s wicket-keeping abilities and do have an option of playing Ben Foakes, regarded as better wicket-keeper and play Buttler as a specialist batter.

However, captain Joe Root looked optimistic about it as he praised Buttler’s knock by saying. “I think it will provide him with a huge amount of confidence in all aspects of his game and he should take that forward for the rest of the series.”
There is also a chance that England will rotate their bowlers, similar to the West Indies series, which could see Mark Would or Sam Curran come into consideration in place of James Anderson and Jofra Archer as both of them looked rusty as compare to Stuart Broad and Woakes.

On the other hand, Pakistan will be expecting a better show from the batsmen after a collapse in the second innings of the Manchester Test. The form of two senior campaigners, skipper Azhar Ali and Asad Shafiq is also a major obstacle for Pakistan’s progress.

Azhar’s tactics will once again be observed as he was criticized heavily for his captaincy decisions in the latter part of the match. He also denied that captaincy was affecting his batting.
“When I bat, I’m not thinking about the captaincy, whether or not I’m out of form, and when I’m captain, I don’t think about my batting at all,” he said after the first Test.

Head coach Misbah-ul-Haq insisted that his side should recover from the loss and try to avoid a defeat that will lead them to the first series defeat by England since 2010.

“We need to improve 10 to 15 percent and deal with pressure situations a little better but we shouldn’t be mentally down,” he said.

“Of course, there is a disappointment but we must not keep that feeling in our minds otherwise it will be difficult to come back but the team believes we can fight back,” Misbah added.

Pakistan went with two leg-spinners, Yasir Shah and Shadab Khan but Shadab’s role with the ball was very minimal and they may look to play an extra batter, in the form of Fawad Alam, who will surely be itching to play his first Test after 10 years.

The visitors can also consider bringing all-rounder Faheem Ashraf as a fourth pacer, after viewing conditions of The Rose Bowl, which generally favors seamers.

Weather is likely to play spoilsport as it is expected that the weather is not expected to be great overall five days of the Test match. There is a chance of rain throughout the Test and time will be lost due to the weather. 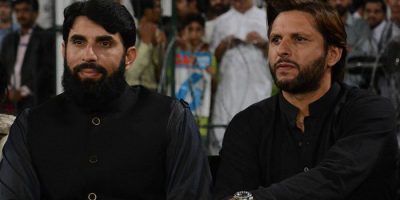 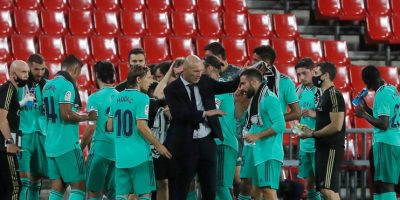 Madrid : Real Madrid coach Zinedine Zidane has no interest in bringing in any more playersRead More