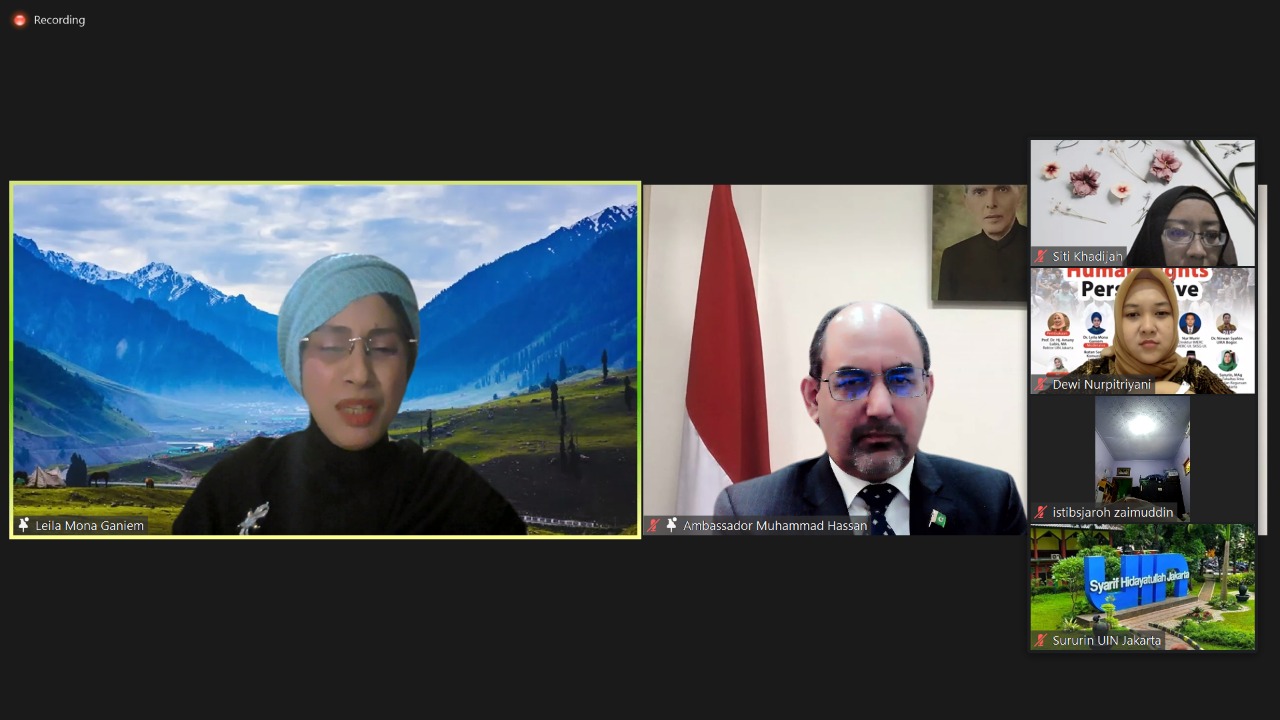 JAKARTA: The Embassy of Pakistan, in connection with Kashmir Solidarity Day, held an event at the Chancery on 5 February 2022 in which a large number of academics, intellectuals, faculty members from various universities and think tanks in Jakarta, and people from different walks of life attended.

Ambassador Muhammad Hassan, in his remarks, briefed the participants about the latest situation in Indian Illegally Occupied Jammu and Kashmir (IIOJK) and highlighted how the Kashmiris were being subjected to every inhumane tactics and draconian laws by Indian security forces which were intended to create demographic apartheid in IIOJK. While mentioning about Pakistan’s unflinching diplomatic support to the Kashmir cause, he called on the international community to play its due role in the resolution of the Kashmir issue.

Other speakers included Dr. HendriTanjun, Member of Indonesian Waqf and Professor at Ibn-e-Khaldun University Bogor and Mr. Zaheer Khan, Chairman Kashmir Forum Indonesia who also spoke about the human rights violations in IIOJK, international law, and the role of the UN and international community in resolving the Kashmiri issue.