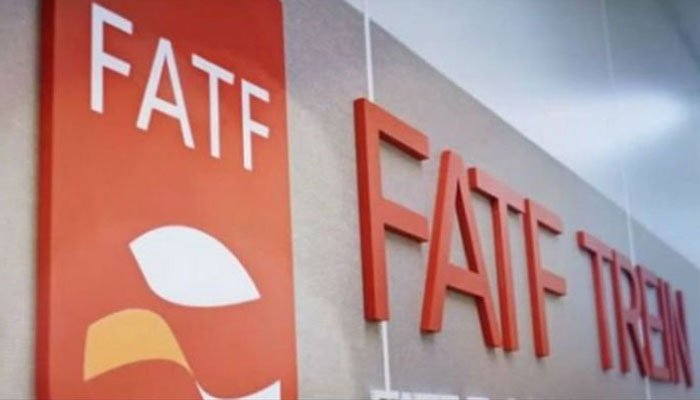 ISLAMABAD: A Pakistani delegation, which will brief the Financial Action Task Force’s (FATF) Working Group, arrived in Beijing on Sunday for talks regarding the country’s performance.

The talks with the global money laundering watchdog are scheduled to begin from January 21.

Sources privy to the development believe that a voting might be held to remove Pakistan from the ‘grey list’, according to the publication.

“If Pakistan does not come out of the ‘grey list’, it is expected to win a ‘largely-compliant’ rating from the FATF regarding implementation of 27 recommendations given in its Action Plan that can help it acquire more time from the watchdog for full compliance.”

“India is trying hard to move Pakistan to the ‘black list’, but [our] expected support from China, Turkey and Malaysia would pour cold water on its efforts,” sources told The News.

Pakistan has already submitted a 650-page review report to the FATF on January 8. The report was submitted in response to the 150 questions raised by the FATF.

Now, the Pakistani delegation would explain the steps taken from October 2019 to January 2020 to implement the group’s recommendations.

The FATF announced on October 18 last year that it would retain Pakistan on its ‘grey list’ for four months after which Pakistan might face action, if it failed to make any significant progress on the inter-governmental body’s 27-point Action Plan.

“The Pakistani delegation will provide details to the FATF about the cases registered so far against the banned outfits, sentences given to members of proscribed organizations, registration process of seminaries, steps taken against money laundering, dismantling of terror finance system and investigation into over 500 cases regarding transfer of funds to terror groups,” sources said.

It is pertinent to mention that China has categorically stated that the purpose of FATF is to help countries better combat illegal activities such as money laundering and terror financing, rather than sanctioning or punishing them.

“Not long ago, the FATF plenary meeting decided to keep Pakistan’s rating unchanged. This shows the FATF membership’s recognition of Pakistan’s progress in improving the system of countering the financing of terrorism, as well as encouragement for Pakistan’s efforts,” said a Chinese foreign ministry spokesperson in a statement.

The task force kept the country on its grey list for an extended period till February 2020. In the previous meeting held in October, it had warned that Islamabad would be put on the blacklist if it did not comply with the remaining 22 out of 27 points related to anti-money laundering and counter-terrorist financing identified by the watchdog.

Pakistan successfully managed to escape from ending in the blacklist in the last meeting with the support of China, Turkey, Malaysia, Saudi Arabia and Middle Eastern countries.

India had failed to convince the world powers that Pakistan was not cooperating with the multinational forum related to terror financing.

The joint working group of the FATF declared Pakistan as largely compliant on 10 points, however, the FATF plenary meeting accepted Islamabad’s compliance only on five points out of 27 action plans.